The 31-year-old last turned out for Les Bleus in a 4-0 win over Armenia in October 2015, since when he has been conspicuous by his absence from every squad selected.

Despite being a talisman for one of the biggest clubs in world football, the door appears closed to Benzema when it comes to Didier Deschamps' France team.

Since 2015, Benzema has strenuously denied any wrongdoing in an alleged attempt to blackmail former France team-mate Mathieu Valbuena over a sex tape.

He has not played for France since the allegations were made, and that appears unlikely to change whatever the circumstances after Le Graet this week vowed a Benzema recall was out of the question.

"Karim Benzema is a very good player, I've never doubted his qualities," French Football Federation president Le Graet told RMC Sport. "On the contrary, he shows with Real Madrid that he is one of the best players in his position. But the adventure with France is finished."

That prompted a seething response from Benzema, who wrote on Twitter: "Noel I thought that you wouldn't interfere in the coach's decisions!

"[You should] know that it's me and me alone who will put an end to my international career.

"If you think I'm finished, let me play for one of the countries for which I'm eligible and we'll see."

Benzema, who comes from Algerian heritage, scored 27 goals in 81 appearances for France before being sidelined from the national team.

With Real Madrid he has won a host of trophies, including the Champions League on four occasions, and with nine goals this season he is LaLiga's top scorer.

World champions France play Albania on Sunday in their final Euro 2020 qualifier, already assured of a place at next year's finals.

Next Messi in talks with Barcelona over new contract, c
Read 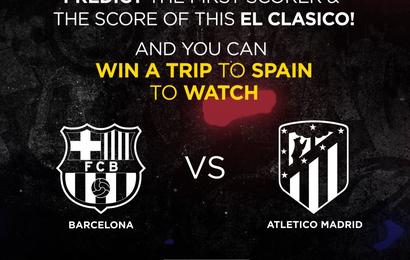