Marking 200 days to go until Rugby World Cup 2019, World Rugby and ChildFund, the principal charity partner for Rugby World Cup, have confirmed that a record £1.5 million has been pledged to ChildFund Pass It Back, strongly showcasing rugby’s values.

In an incredible show of solidarity and generosity of the global rugby family, as well as Rugby World Cup 2019’s worldwide commercial partners, the pledged donations will support ChildFund Pass It Back, an innovative sport for development programme led by ChildFund in partnership with World Rugby and Asia Rugby that delivers an integrated life skills and rugby curriculum for children and young people in disadvantaged communities across Asia.

Pledged funds will enable more than 25,000 children and young people from disadvantaged communities across Asia to take part in and benefit from the programme. With a focus on gender inclusion, approximately half of all players and coaches to-date are female. The programme’s objectives are to equip children and young people in Asia to overcome challenges, inspire positive social change and ‘pass it back’ to their communities.

World Rugby Chief Executive Brett Gosper said: “Today marks 200 days until Rugby World Cup 2019, and we are thrilled to see this powerful demonstration of the spirit and values of rugby among fans throughout the world, which reaffirms our belief that Japan 2019 will be the most impactful Rugby World Cup.

“ChildFund Pass It Back is transforming the lives of children living in some of Asia’s most vulnerable communities, and the rugby community can be proud of its role in helping to foster a new generation of players in the world’s most populous and youthful continent.”

The pledged donations, which are a record for a Rugby World Cup, will also assist with emergency relief efforts in disaster-affected areas in Japan.

Gosper added: “Through our wider Impact Beyond programme, we will leave a positive lasting legacy in Japan, including providing support via ChildFund to lessen the worst impacts of any natural disasters faced by children and their communities in the years to come.”

ChildFund CEO Nigel Spence said: “At ChildFund, we believe that every child, regardless of their birthplace, has the right to play, learn and grow, which is why ChildFund Pass it Back was originally established for children in developing communities who face significant challenges around poverty and inequality.

“Sport has the incredible power to unite people and communities, As World Rugby’s principal charity partner for Rugby World Cup 2019, we are delighted to witness the generosity of the rugby family, and to know that our programme can benefit even more vulnerable children in Asia.

The funds pledged through Rugby World Cup 2019 will enable more than 25,000 children from countries in Asia, including Japan, the opportunity to benefit from their participation in ChildFund Pass It Back.

This innovative rugby and life skills programme builds resilience and includes learning on leadership, problem-solving, gender equity, conflict-resolution and planning for the future.

Gosper added: “We believe Rugby World Cup 2019 will be the most impactful ever in terms of the long-term legacy it will leave in Japan and the wider Asia region.”

Demand for tickets to attend the first ever Rugby World Cup in Asia has been phenomenal with over five million applications for the 1.8 million available tickets.

A limited number of tickets remain on general sale until 31 March, operating on a first-come-first-served basis, in real-time, while fans can also purchase ticket-inclusive official travel packages and hospitality. Further information can be obtained via www.rugbyworldcup.com/tickets.

Two rugby fans are already on an extraordinary journey to Rugby World Cup 2019 to raise funds for ChildFund Pass it Back. Ron Rutland and James Owens are cycling 20,093km from London to Tokyo, through 27 countries over 231 days to raise awareness and support for ChildFund. The ‘Race to Rugby World Cup’ will see the pair delivering a commemorative whistle which will be presented to the match referee at the opening game in Japan. To follow their progress visit www.racetorwc.com.

Meanwhile, the Japan 2019 Organising Committee has today launched the uniforms that Rugby World Cup 2019 ‘TEAM NO-SIDE’ volunteers will wear while welcoming more than 450,000 international visitors to Japan during the tournament.

For more information on the ChildFund Pass it Back programme, visit www.childfundpassitback.org.

Next ChildFund Pass it Back Programme
Read 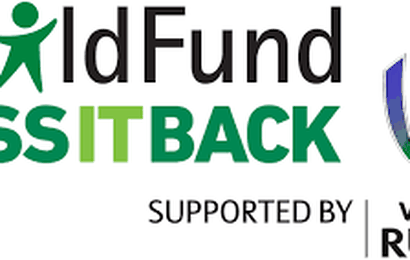 The funds pledged benefit more than 25,000 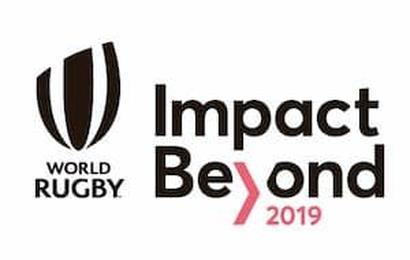 What is the Programme all about?