Barcelona captain Andres Iniesta revealed he did not want to leave his hometown to join the Spanish giants as a youngster.

Spain international Iniesta, 32, was 12 when he uprooted himself from Fuentealbilla in Albacete for Barcelona after making trips with his family to meet club officials.

Reflecting on his early career, Iniesta said he needed a lot of convincing to leave his family behind at such a young age.

"The first response was that I did not want to come because I put my family bond before going to a place so far away and without them," Iniesta told beIN SPORTS.

"The passage of the weeks and talk with my father made me see it as a challenge.

"With my father I have a lot of confidence, a lot of affinity and I know that when he tells me things, he usually succeeds.

"I respect my father and I knew I had to take the plunge. After that, it was the worst months of my life as a person, but with the help of everyone, day by day, it was much better."

Iniesta has since gone on to win eight La Liga titles, four Champions League crowns and numerous other trophies.

The veteran midfielder has made 26 appearances in all competitions this season as Barca bid to retain their LaLiga title and win the Champions League.

Participate & stand a chance to win!

Guardiola: Xavi's his own man 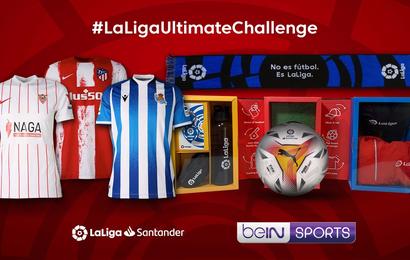 Participate & stand a chance to win!

Guardiola: Xavi's his own man