Jurgen Klopp pledged to "help sort" the damaging fallout of Liverpool and 11 other clubs announcing a breakaway European Super League.

Klopp's side were held to a 1-1 draw against Leeds United on Monday at Elland Road, with Diego Llorente's late equaliser cancelling out Sadio Mane's first-half opener and preventing them from edging into the top four above West Ham on goal difference.

What a Champions League qualifying spot might mean for Liverpool within a rapidly changing wider context is open for debate and Klopp fielded questions on the Super League and the vitriolic response it has triggered before and after the game.

During a Sky Sports post-match interview, Klopp said: "I understand all the talks around and I don't like it as well" before delving into somewhat tangential criticism of Gary Neville.

However, at a subsequent news conference, Klopp insisted his opposition to the Super League would not lead to him walking away from Anfield, where he feels he has a duty of care to the players and supporters.

"I'm here as a football coach and a manager. I will do that as long as people let me do that," he said.

"It's not a situation… I heard that today I would resign or whatever. Times get even tougher, that makes me even more sticky that I stay here.

Klopp said he still believed Liverpool's Boston-based owners Fenway Sports Group were "reasonable people" but stated he had been left in the dark over talk about a Super League that has been derided as a closed shop and anti-competitive.

"I am six years in the club, round about. I know the owners. They are serious people, reasonable people and they care about us," he said.

"But they never have to explain these decisions to me or ask for permission. I was not involved in the process at all, I got information yesterday.

"Leeds supporters came here tonight to shout at us. This afternoon when we were having a walk in the city people shouted at us. We have nothing to do with it."

Klopp added: "We are employees of the club and I feel responsible for a lot of things in this club. If I am involved in things then I take the criticism easily. The boys as well.

"But we are not involved in this. It's a tough one at the moment – pundits talking about the club and stuff like this. This club is bigger than all of us, we should not forget that."

Previous James Milner: I don't like the Super League and I
Read

Next Rumour Has It: Bayern targeting Camavinga as Spurs
Read 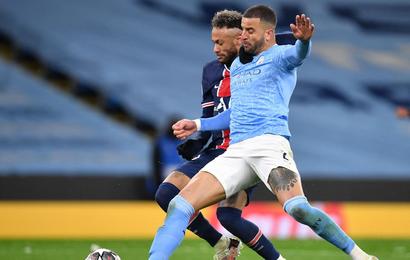