Jurgen Klopp said he could not imagine leaving Liverpool in 2022 after the manager opted to extend his contract.

The German, who led the Premier League giants to Champions League glory last season, extended his deal at Anfield until 2024 on Friday.

Klopp said the position Liverpool were in meant he could not see himself leaving at the end of his previous contract.

"I couldn't imagine I would leave," he told UK newspapers ahead of hosting Watford on Saturday.

"That was the moment I thought we can start thinking about how long do I want to stay? I have no clue how long it will be in the end, but it was not possible for me to imagine that I would leave in 2022 because of the people we have and what we have created here.

"It was not that I went to the club and said, 'come on, let's have a new contract'. The club started the talks and then we realised – together with my family – that it is the right thing to do.

"I liked the idea more and more."

Klopp has been in charge at Liverpool since October 2015, with last season's European success his first piece of silverware.

Asked if he felt a wider responsibility to Liverpool as a whole, Klopp said: "Yes, I feel responsible for a lot of things but I don't think too much about it.

"People make more of it than it is. I try to help this football club to be in the best possible place and then that has an impact on all the rest of things in the city, I guess.

Next Rumour Has It: Chelsea prepare £120m Sancho swoop
Read 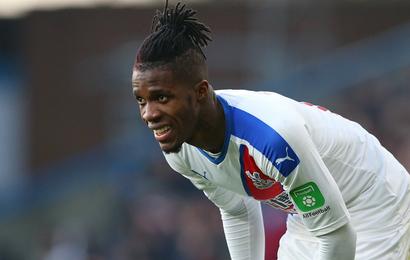