Andrea Pirlo was not concerned by a meeting between former Juventus coach Massimiliano Allegri and president Andrea Agnelli, insisting he retains the support of the Serie A champions.

Reports this week revealed Allegri, who won five Scudetti in five seasons in Turin, had met with Bianconeri chief Agnelli.

That appeared to increase pressure on Pirlo, whose first season as a senior coach has badly gone off the rails.

Juve are fourth heading into Wednesday's game against Napoli, who are fifth on the same number of points.

After nine consecutive Serie A titles, Juve risk missing out on Champions League qualification for next season.

But Pirlo feels he still has the backing of Agnelli, who informed him of the encounter with Allegri, a coach who has been without a job since his departure in 2019.

"There is no position," Pirlo said ahead of the Napoli game. "I was warned by the president himself about the meeting with Allegri.

"Football is one thing, friendship is another. I have a daily relationship with Agnelli, we tell each other everything that happens.

"I knew about this meeting and I know I have his confidence, then obviously it's up to me to prove that I can be the coach for next season as well."

Pirlo might find the going tough against Napoli, as the Partenopei arrive in Turin on a four-match winning run in Serie A.

Napoli have also won their previous two games against Juve, while they have a joint-high five wins over the Bianconeri since the start of their sequence of nine championships in a row.

Pirlo will also be without Merih Demiral, Leonardo Bonucci and Federico Bernardeschi following positive coronavirus tests, but the coach insisted he had no issue with the game going ahead.

The fixture was originally scheduled to take place in October but did not go ahead as planned, after Napoli did not travel to Turin on the recommendation of their local health authority (ASL).

"We respect the protocol," Pirlo said. "We are in tune with what the ASL says. We will do what we have always done, we will present ourselves and play."

Paulo Dybala, left out against Torino on Saturday after breaching COVID-19 regulations, is back in contention, while Pirlo is keeping faith with Wojciech Szczesny and Dejan Kulusevski, who have each been guilty of recent on-field mistakes.

Juve had not committed a single error leading to a goal in Serie A this season until March but have since had three.

Szczesny's, against Torino, also saw Kulusevski - at fault against Lazio - give the ball away cheaply.

"Szczesny will play because after a negative performance there is always a desire for redemption," Pirlo said, adding: "I spoke to Kulusevski. I reassured him. Mistakes can happen - you have to raise your head."

Next Inter 2-1 Sassuolo: Lukaku on target again as Cont
Read 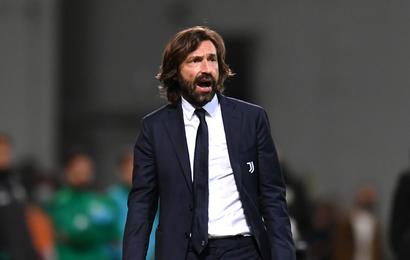 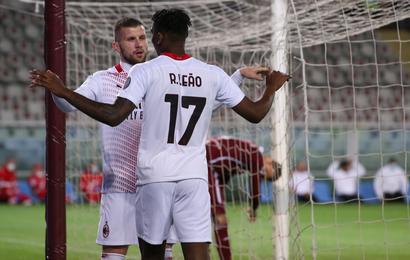