LA Galaxy missed the chance to go top in the MLS Western Conference after suffering a 2-1 home defeat to Colorado Rapids on Tuesday.

Galaxy had been on a four-game unbeaten run leading into Tuesday's game but found themselves behind early from Jonathan Lewis' 13th-minute penalty.

The hosts equalised from emerging Madagascar international Rayan Raveloson, who scored his fifth goal in nine games in the 34th minute. Raveloson fired in a rocket volley from the edge of the box.

Rapids goalkeeper William Yarbrough made a spectacular save to deny Derrick Williams' header early in the second half.

Andre Shinyashiki came up with a winner for Colorado in the 73rd minute, nodding home at the back post from a corner.

The result means Galaxy remain third on 35 points from 20 games while the Rapids are up to fourth, one point behind LA with two games in hand in the west.

San Jose Earthquakes were reduced to 10 men as they held on for a 1-1 home draw with Minnesota United.

Bakaye Dibassy's own goal from Cristian Espinoza's cutback had put the Earthquakes ahead in the 12th minute before Brazilian defender Nathan was sent off in the 21st minute after video review for a studs-up challenge.

Chris Wondolowski was a late substitute for San Jose, notching up his 400th MLS appearance. 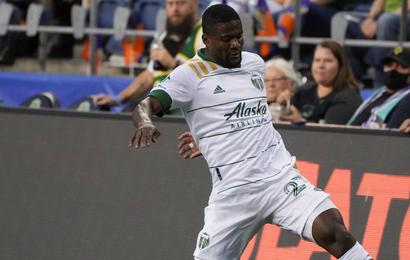