Cristiano Ronaldo said Zinedine Zidane made him feel special at the LaLiga giants as he hailed the Real Madrid head coach.

Ronaldo left Madrid ahead of the 2018-19 season, joining Juventus in a blockbuster €112million deal after three consecutive Champions League titles under Zidane.

The five-time Ballon d'Or winner enjoyed great success during his time with Zidane at the Santiago Bernabeu, also winning LaLiga in 2016-17.

Ronaldo heaped praise on Zidane – who is in his second stint in charge of Madrid – as he discussed the pair's relationship.

"The confidence that a player needs doesn't only come from himself but also from the players around him and the coach," Ronaldo told DAZN.

"You need to feel like you are an important part of the group and Zidane made me feel special.

"He helped me a lot. I already had a lot of respect for him but working with him made me admire him more.

"That's because of what he's like as a person, how he talks, how he led the team and how he treated me.

"He'd tell me, 'Cris, relax and just play your game - you are the one who is going to make the difference.'

"He was always honest with me and that's why I'll always have a real affection for him."

Ronaldo scored 21 Serie A goals in his first season with Italian champions Juventus, who won their eighth successive Scudetto.

Next Rumour Has It: Tuchel wants Dembele in Neymar deal
Read 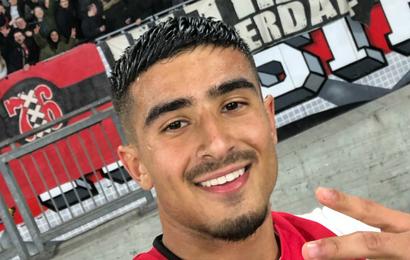