Karim Benzema applauded the performance of Vinicius Junior in Real Madrid's 5-2 win over Celta Vigo, labelling the Brazilian a "phenomenon".

Benzema would have been most people's star of the show, the Frenchman scoring a hat-trick and getting an assist.

But Vinicius was Madrid's other key man, scoring the goal that Benzema set up and also winning the penalty that allowed the France international to score his first LaLiga treble since April 2019.

Vinicius frequently ran at the Celta defence and often caused havoc when doing so, tallying 11 dribble attempts – a figure only he (14 vs Real Betis) and Nabil Fekir (14 vs Cadiz) have bettered in a single LaLiga game this term – and completing five of them.

His goal took Vinicius to four for the season, which is already a personal best for an individual campaign at Madrid, and second only to Benzema (five) in 2021-22.

After regularly being seen as a source of frustration, even for his team-mates, the 21-year-old appears to be coming of age and Benzema is relishing his improvement.

"Vinicius is a phenomenon," Benzema told Movistar. "I really like playing with him.

"He is young and I talk to him a lot, giving him advice, because I know what he's going through.

"But he helps us a lot. He's a great player and he's showed that he can play for Real Madrid."

Carlo Ancelotti echoed that sentiment but was also eager to share the praise out, with the Italian clearly thrilled by the exhibition produced by his forwards.

"Vinicius is in a spectacular moment and I am happy for him. He is playing with a lot of quality and is at a very high level," Ancelotti said.

"But not only Vinicius. Benzema was also fantastic, [Luka] Modric, Miguel Gutierrez. Everyone in attack was good."

Though Ancelotti did suggest he was a little perturbed by Madrid's sloppiness at the back, with a mix-up between Nacho Fernandez and Casemiro leading to Celta's opener, before the visitors carved them open to then go 2-1 later in the first half.

"I have a good taste in my mouth," he added. "The fans helped us a lot. When we were down on the scoreboard, they pushed us and we felt their encouragement.

"It was a great game, with mistakes and with good things. It had everything.

"Defensively we gave away two goals because we lacked balance. The defensive organisation has to improve. With the ball we are fine but without it we are not as good and that can harm us."

Next Koeman insists there are no issues with Barcelona
Read 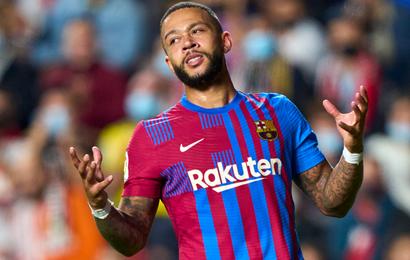