Teenage winger Jadon Sancho was surprised by his England call-up despite an impressive start to the season with Borussia Dortmund.

Sancho, 18, has starred for Dortmund, scoring once and contributing eight assists in 10 appearances – just three of those starts – this campaign.

The former Watford and Manchester City youth player was rewarded with a place in Gareth Southgate's squad, but said it came as a shock despite his form.

"I was at training when I first got the call-up and straight away I called my parents," Sancho told reporters.

"Obviously they were just delighted for me, and I just couldn't stop smiling for the whole day.

"I was a bit surprised to be fair because obviously I'm so young, I've got a lot to learn, I'm just grateful he [Southgate] is seeing my progress in the Bundesliga and I'm just very thankful."

Sancho could make his international debut when England face Croatia in the Nations League on Friday, or three days later against Spain.

"It means a lot to me, especially my family," he said.

"When I was a young kid, I always dreamed of obviously playing for my country. That's the biggest thing that could ever happen to a young kid like me.

"It would be a dream come true [to make my debut against Croatia]. I couldn't ask for anything better than that.

"Obviously I just have to keep on working hard in training and see what the manager does." 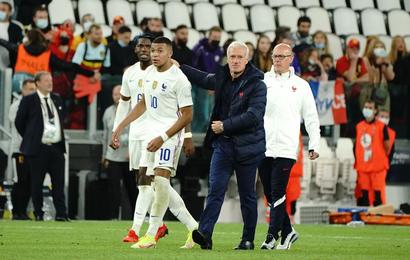