Arsene Wenger has hailed England as one of the favourites for Euro 2020 ahead of the Three Lions game against the Czech Republic this evening.

The French manager spoke exclusively with beIN SPORTS about Gareth Southgate's side and their chances of success at the summer tournament.

“England is one of the favourites yes, England are very close.”

After an impressive World Cup, which saw England go all the way to the Semi-Finals the former Arsenal boss did admit to tipping the Three Lions for glory in 2018.

“My prediction for the previous World Cup was France v England. England is the only team that could have given France a problem, they could have fought on the power side.”

“France was a team that had a good balance in power and technical quality and England had that as well. The only team in a 1 v 1 that could have fought with France.” 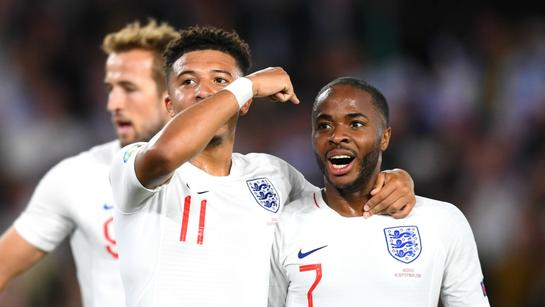 After winning all of their qualification games, England just needs a victory tonight against the second-placed Czech Republic to seal their place at the 2020 tournament, and Wenger was eager to talk up the talents of coach Gareth Southgate.

“I like Gareth very much. He is composed, humble, intelligent and very honest. He looks to have a team behind him and overall, he has done a great job.”

Southgate has had plenty of highs and lows during his career as a player and manager, and Wenger noted how that has been the making of the 49-year old tactician.

“When he played at Villa he was an intelligent player and I followed his managerial career after when he was at the club and life was a bit harsh for him at Middleborough. I’m happy that he has come back slowly and he looks mature.”

Whilst Wenger also added that Southgate will have learnt from his mistakes at the 2018 World Cup, which will ultimately give the Three Lions a better chance at Euro 2020.

“England was not solid enough defensively to win the World Cup and he has learnt a lot from decisive games against Croatia to give England a chance.”

You can hear more from Arsene Wenger in the video above.