Follow all the Champions League Round of Sixteen via beIN CONNECT

The eyes of the footballing world will be focused on the UEFA Champions League round of sixteen, one man will be looking ahead to the final in Istanbul on May 30th.

Servet Yardimci is the head of the local organizing committee for the 2020 final at the Atatürk Olympic Stadium. Yardimci spoke with beIN SPORTS about the preparations for the showpiece final, Qatar’s development ahead of the 2022 FIFA World Cup and Turkey appearing at the 2020 European Championships in the summer.

Few can forget the 2004/05 Champions League final held in the Atatürk Olympic Stadium. Liverpool produced a heroic fightback from 3-0 down at half time to eventually defeat AC Milan on penalties to lift a first Champions League title in 21 years.

Dubbed the “Miracle of Istanbul” by Liverpool fans, the victory in Turkey is considered the most dramatic of the six European Cups the Reds have picked up. Now the defending champions, Liverpool head to Athletico Madrid for their round of sixteen first-leg game, and many fans will be eyeing a return to Istanbul for the final. For Yardimci, his focus is on organizing and delivering a successful final and can only hope that it can match the drama of the last Champions League final in Istanbul.

“We hope that on the pitch we can have the same excitement as the unforgettable final of 2005.”

Whilst the current Vice President of the Turkish FA also added that preparations are well underway at the stadium ahead of the final. “We are currently renovating the Atatürk it will have a 72,000 seating capacity and we are modernizing the stadium.”

Turkey as a nation is no stranger to hosting major European football finals, with the 2005 Champions League Final 2009 UEFA Cup Final and most recently the 2019 UEFA Super Cup, which saw Liverpool defeat Chelsea having all been held in Istanbul. With the upcoming final, it would mean four major finals in the last sixteen years a feat that has not been achieved by any other UEFA member.

“We certainly have the knowledge and know-how to deliver major football finals, but Turkey overall has experience in delivering big events across a range of sports from Tennis, Golf and athletics. The 2020 Champions League Final is a great honor for us and we hope that fans from across Europe will visit Istanbul and enjoy our traditional Turkish hospitality.”

Yardimci was in Qatar to meet with the Qatari Football Association, to discuss further ways in which the two football nations can collaborate ahead of the 2022 FIFA World Cup.

“We have worked with the Qatar FA for many years, Turkey is a strong footballing nation, and Qatar also has been successful recently at the Asian Cup. This means there are plenty of opportunities to work closely together on and off the football pitch.”

“Qatar has done a great job in building all the stadia for the 2022 World Cup and their preparation for the tournament. Many of the stadiums are already built and I hope Turkey will reach the tournament in 2022.” 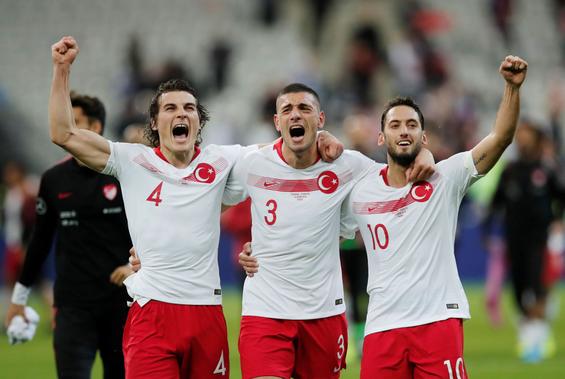 Turkey is set to take part at the 2020 European Championships and Yardimci added that he relished the prospect of his nation taking part in the pan-continental tournament especially after an impressive run in qualification.

“We managed to beat France in Turkey and we drew in Paris which was wonderful for us. We hope that we continue to be successful in Euro 2020.”

Turkey will actually take part in the opening game of the tournament as they take on Italy at the Stadio Olimpico followed with games against Wales and Switzerland in Group A.

“Playing against Italy in Rome is a huge honor for us. Whilst the other games in Baku against Wales and Switzerland it’s going to be tough but playing in Baku is a home away from home for us.”

“Turkey has a new generation of talented players, hopefully, we will be playing entertaining games and progress to the next round.”

So as everyone gets whipped up in the excitement of the Champions League, Servet Yardimci will be looking ahead to organizing one of the biggest games ever on Turkish soil, as we finish up the interview Yardimci admits he isn’t too worried which teams face off on the 30th of May at the Atatürk Olympic Stadium.

“I don’t care who arrives at the final! My job is to make sure that everyone from the clubs to the players and fans have a smooth experience.”