PSG welcome Real Madrid to the Parc des Princes on Wednesday evening, looking for a statement win to kick-start their European campaign. The Champions League has always been the primary focus for the Parisians since the side transformed their fortunes under Qatari ownership, and now is the time for PSG to kick-on.

Issues remain with star man Neymar, who was publicly courting a move away from the side with Real Madrid considered as a possible destination. Still, the Brazilian star returned to the lineup for the first time in four months at the weekend and made the difference against Strasbourg. With the game looking deadlocked, Neymar produced a moment of magic scoring an overhead kick to hand his side all three points.

With both Edinson Cavani and Kylian Mbpappe ruled out though injury the emphasis will be on summer signing Mauro Icardi to make the difference. Icardi is no stranger to controversy having been frozen out of the Inter squad during the summer. Throwing the fiery Argentinian into a changing room with the likes of Mbpabbe, Neymar and Cavani could be a recipe for disaster. Although Icardi’s impressive goal-scoring record could be the difference-maker for PSG against Real 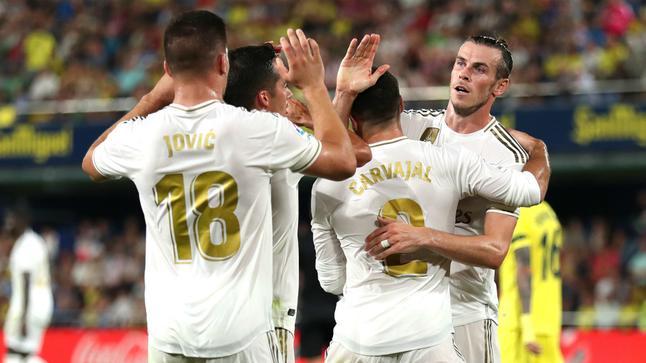 As for Real Madrid, they will be looking to lift a fifth Champions League in seven seasons with the man who masterminded three in a row at the helm, Zinadine Zidane.  Having been stunned in the round of sixteen by eventual semi-finalists Ajax, the minimum expectation will be a place in the final four for the most successful side in Champions League history. Los Blancos went on a spending spree over the summer looking to overhaul the side with fresh faces for another tilt at the top prize in European football.

Real warmed up for their Champions League showdown with an unconvincing 3-2 win over Levante. Having scored three goals in the first half, Zidane’s side conceded two sloppy goals in the second half but eventually held on to secure all three points. Hardly the best preparation for a tricky away tie against PSG.

Eden Hazard came on for his La Liga debut at the weekend and the pressure will be on Real’s marquee summer signing. The Belgian has been handed the famous number seven shirt, once owned by Cristiano Ronaldo. Now the emphasis will be on Hazard to deliver on the European stage and to create those moments of magic which has so often defined Madrid’s performances in the Champions League in the recent past.

It certainly promises to be a fascinating encounter. You can follow PSG Vs Real Madrid via beIN CONNECT.