Manchester United can take a major step to the round of sixteen of the Champions League, with a victory over bottom of the table Young Boys and hope Juventus can deny Valencia. As ever, you can watch all the action Live & Exclusive via beIN SPORTS CONNECT.

Jose Mourinho’s side was left frustrated at the weekend with an uninspiring 0-0 draw against Crystal Palace. The Red Devils are currently languishing in seventh place in the Premier League, and are in desperate need of stringing together a run of wins to push them into the top four picture.

The Champions League has been a different proposition, and United played some of their best football of the season last time out. Beating Juventus 2-1 in Turin with two last-gasp goals in the final three minutes of the contest. Mourinho will be hoping for a repeat performance from his side the last time United met the Swiss Champions which ended in a comprehensive 3-0 away win back in September.

In team news, Victor Lindelof is a doubt after picking up a knock against Palace. That could see Ivorian defender Eric Bailey reinstated into the side. Luke Shaw has served a one-game domestic ban and is likely to start at left back. Romelu Lukaku started against Palace, yet failed to find the back of the net that would give an opportunity to Marcus Rashford or Alexis Sanchez to lead the line. 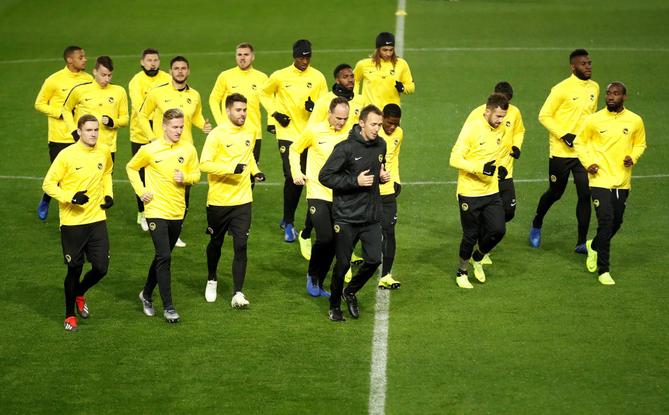 As for Young Boys, they are rooted to the bottom of Group H in what is their first ever outing in the group stages. The Swiss champions still can finish in third place but will need an unlikely victory against United to catch up with Valencia just ahead of them.

Domestically Young Boys have been imperious. Winning thirteen of their fifteen league games. Last time out a late goal from Serbian striker Miralem Sulejmani was enough to defeat Lugano. That kind of form is some source of comfort for boss Gerardo Seoane who will go about the arduous task of defeating United at home.

In team news, Young Boys have been dealt a big blow by the absence of Guillaume Hoarau who is sidelined with an ankle injury. The former PSG striker is his sides leading scorer in the Champions League this season, expect Miralem Sulejmani to lead the line in his absence.

It certainly promises to be one to watch as Manchester United look to take a major step to the round of sixteen with a victory against Young Boys in the Champions League. You can watch all the action via beIN SPORTS CONNECT.