Follow the Live Match Stream of Dortmund Vs Barcelona

Borussia Dortmund kick-starts their Champions League campaign by welcoming Barcelona to the Westfalenstadion in what promises to be yet another memorable Champions League evening under the lights.

Dortmund returned to winning ways at the weekend, blitzing fellow Champions League side Bayer Leverkusen 4-0. Marco Reus grabbed a brace in the decisive victory, as BVB moved into second place in the standings.

Jadon Sancho has quickly turned into one of Dortmund’s most influential players. The English teenager has stood out from the start of the season in the Bundesliga and will be looking to continue that form on the European stage. The tricky winger has pace to burn and will be relishing the opportunity to take on the Barcelona, and with four assists in four Bundesliga games, he will certainly pose a threat in attack. 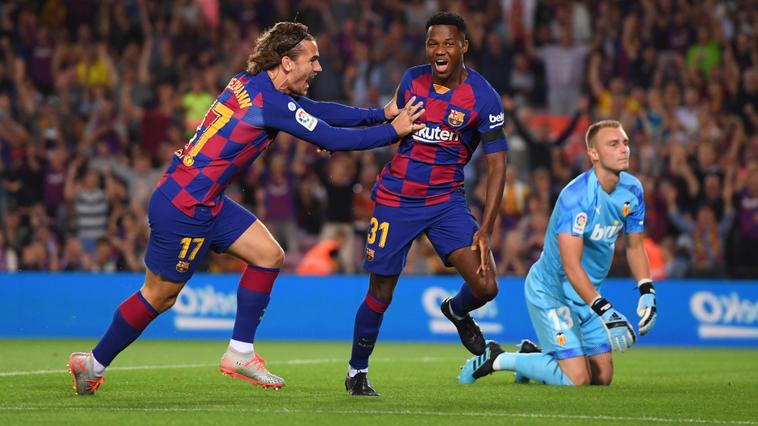 After sensationally bowing out at the semi-final stage last season, Barcelona is hungry to capture a sixth Champions League crown. Although the Catalans do have their work cut out for themselves after being drawn against Borussia Dortmund and Inter Milan.

Barca warmed up for their mid-week showdown in Germany with a comprehensive 5-2 win over Valencia. Sixteen-year-old attacker Ansu Fati continued his remarkable rise scoring a goal and registering an assist as Valverde’s side returned to winning ways in the league.

Frenkie de Jong also scored at the weekend and could be an influence on the game on Tuesday evening. The 22-year old announced himself onto the European stage last season with a string of performances with Ajax to inspire the Dutch giants to the semi-final. The midfielder is a sublime passer of the ball and Blaugura fans will be hoping de Jong can make the difference for their side in this tough group.

You can follow Borussia Dortmund Vs Barcelona via beIN CONNECT.