Zidane faces off against Pep Guardiola as Real Madrid welcome Manchester City to the Santiago Bernabeu on Wednesday evening.

It promises to be a match to savour as Real Madrid and Manchester City face off for a place in the quarter-finals. Los Blancos have impressed domestically in 2020 and are currently battling it out with Barcelona at the top of the La Liga standings.

In Europe, Real Madrid has been a different animal and have won four of the last six editions of the Champions League. In the group stages, Real picked up eleven points to finish in second place in Group B behind PSG. Aside from a 3-0 defeat to PSG in matchday won, Los Blancos went on to register two draws and four wins to reach the round of sixteen for a twenty-fourth season in a row.

After a shock elimination at the round of sixteen to Ajax, Zidane will be well aware of the test poised by a Manchester City side who have all but lost their Premier League title. Building up an advantage on home soil will be vital ahead of the second leg in Manchester.

In team news, Eden Hazard could be ruled out for the remainder of the season after fracturing his ankle against Leganes. Vinícius Júnior should replace him in the side. Ferland Mendy could miss out on the second leg if he picks up a yellow card. Zidane is likely to give a nod to his preferred midfield trio of Modrić, Casemiro and Kroos. 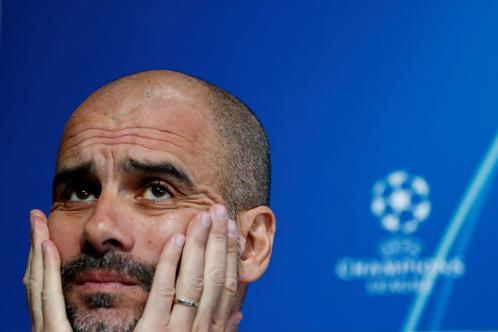 As for Manchester City, they will be out to prove a point in the Champions League, after it was announced that UEFA has taken the step to ban the club for the next two seasons due to financial irregularities. Whilst the club will certainly look to overturn the ban at CAS, the immediate focus has to turn to the game against the thirteen-time European Champions.

Domestically Manchester City has all but relinquished their Premier League title to Liverpool, who look set to win a first league title in thirty years in record time. City does have a League Cup Final to look forward to and are still in the FA Cup. With the league now out of sight, the Champions League has taken on extra significance in light of the ruling from UEFA.

Whilst in the Champions League, Manchester City remained undefeated to comfortably top Group C to finish seven points clear of Atalanta. It seemed that Pep Guardiola’s side barely broke a sweat in the group stages winning four and drawing two of their games.

More impressive perhaps was that they scored sixteen goals during that run. Pep Guardiola has been known to tinker with his side in the Champions League, but the former Barcelona coach may look to curb that urge heading into the crunch game in the Spanish capital.

In team news, City has no injury concerns heading into the contest. Guardiola may have to make a decision between Sergio Aguero and Gabriel Jesus on leading the line. Kevin De Bruyne has been in fine form in recent works and should reprise his role in central midfield. French defender Benjamin Mendy is a yellow card away from a one-game suspension.