Suarez trained individually ahead of Tuesday's Group A showdown with Austrian visitors Salzburg in Madrid.

Simeone – whose Atletico were routed 4-0 by defending champions Bayern Munich on matchday one – provided a fitness update on Suarez, telling reporters on Monday: "He'll be in the squad.

"We agreed with the doctor that it was best for him to work away from the group [on Monday] and then, according to what we see tomorrow, he'll [either] start or be on the bench."

Suarez has been in red-hot form since swapping embattled LaLiga giants Barcelona for Spanish rivals Atletico at the start of the season.

The 33-year-old has scored four goals in five league games, including the second goal in last week's 2-0 victory at home to Real Betis.

Suarez also scored his 150th LaLiga goal earlier this month, becoming the second fastest player to reach that milestone in the competition this century – quicker than Lionel Messi and only behind Cristiano Ronaldo.

Asked if he was surprised by Suarez's impact, Simeone replied: "Surprised, no.

"I've found a player who I listened to on the phone when we first made contact in that first chat to see if there was a chance he could join us.

"He wanted to be here and he's proving it. Let's hope we can help him."

Simeone also hailed Atletico attacker Joao Felix, who has impressed during the early stages of 2020-21.

Joao Felix arrived from Benfica for a club-record €126million fee last season but injuries hampered the Portuguese after a solid start.

He has a goal and one assist through five LaLiga appearances and Simeone added: "It's always the same. For me, he's had some very good games since the start of the season. Granada, Huesca, Villarreal despite being tired, the whole game in Munich...

"He's looked dangerous on a number of occasions. The other day [against Real Betis], when he came on in the 25th minute, the team had a good fluidity.

"I'm happy with his work, except for a few minutes against Celta [Vigo], which weren't the best. We're always looking for a situation to find him [on the pitch]. He's a boy who's in good form, like many of his team-mates." 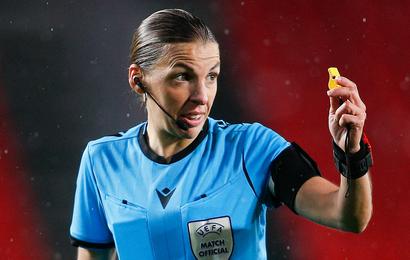