Bayern Munich striker Robert Lewandowski moved outright third on the list of all-time Champions League goalscorers with his strike against Lazio on Tuesday.

The 32-year-old pounced on a poor backpass from Mateo Musacchio, rounded Pepe Reina and rolled the ball into an empty net to open the scoring in the last-16 tie.

Lewandowski now has 72 goals in UEFA's premier club competition, moving him above Real Madrid great Raul and behind only Cristiano Ronaldo and Lionel Messi.

Juventus forward Ronaldo tops the list with 134 goals while Barcelona's Messi has 119.

Poland international Lewandowski reached the 72-goal mark in 95 matches, scoring 47 with his right foot, nine with his left, 15 with his head and one via other means.

Jamal Musiala went on to double Bayern's lead at the Stadio Olimpico with a strike from the edge of the box, making him the youngest ever Englishman to score in the Champions League at 17 years and 363 days, before Leroy Sane made it 3-0 prior to half-time. 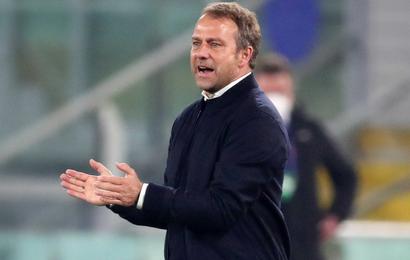