Jurgen Klopp insists revenge is not on Liverpool's mind ahead of their Champions League quarter-final first leg against Real Madrid.

Tuesday's showdown at the Santiago Bernabeu will be the first since the sides met in an eventful 2018 final, which Madrid won 3-1 to lift the trophy for a third season running.

Liverpool put that loss in Kiev behind them the following season by beating Tottenham in the final and are in the hunt for a seventh triumph in the competition this time around.

And with nearly three years having past since Gareth Bale scored twice to down Liverpool, Klopp says both he and his squad have drawn a line under the defeat.

"We are not on a revenge tour here. Life is like this. I don't believe too much in revenge, but it would be nice to get through," he said at Monday's pre-match news conference.

"We feel in a good moment in the Premier League. Now we hope to keep that momentum. That would be very helpful.

"Our motivation is at the highest level because it is the Champions League and we want to go to the next round, it has nothing to do with 2018.

"But when we got the draw, because it is the first time that we played them since then, I remembered the game."

One of the big talking points in that game was Sergio Ramos' early challenge on Mohamed Salah that forced the Egypt forward off injured.

Klopp added: "I said it after that game if someone asked me in a press conference maybe a month later if I would invite Sergio Ramos to my 60th birthday party I would say no.

"Now, I would think about it. It's not because he's a great footballer but I said I didn't like what happened that night, for us it was a strange night.

"It was long ago and so I can't get that feeling of anger back so I don't even try. What I try is to prepare my team for tomorrow to show how good we are as a football team."

Klopp has won each of his last five games in the quarter-final stage of the Champions League, including all four at this stage while in charge of Liverpool.

The German has been touted as a future head coach of Madrid, but he joked the weather is the only thing he would regret if he never goes on to manage the LaLiga giants.

"I said if I had at the end of my career only three clubs which would be Mainz, Borussia Dortmund and Liverpool then it's not too bad," he said. "I would not regret it

"But when I came out the plane today I regret already that we don't live here because the weather is so much better here! We were freezing. I have a gilet with me so you are blessed. We do it the hard way."

Asked which Spanish club his management style would best suit, Klopp said: "I would fit all of them. The only problem I have is my Spanish is really bad!

"You wouldn't enjoy having me in Spain with broken Spanish. All the clubs have great managers. Real Mallorca would be nice!"

Diogo Jota scored twice as a second-half substitute in Liverpool's 3-0 league win at Arsenal on Saturday and is vying for a place in the starting line-up on Tuesday.

That would likely mean Roberto Firmino making way, though Klopp has not ruled out starting both players alongside Salah and Sadio Mane in an all-star front four.

"There will be a moment when we give it a try. Will that be tomorrow? We will see. You will have to wait.

Jota missed three months of the season with a knee injury but has now regained full fitness and has netted in four successive games for Liverpool and Portugal.

He previously spent two years on Atletico Madrid's books without playing a game, but the 24-year-old is not using his links to Real's city rivals as extra motivation.

"I signed for Atletico, but I didn't play any official games, so for me obviously I knew they are a rival but I didn't have time to feel that rivalry," he said.

"I am just focused on winning the game for Liverpool and nothing more.

"Obviously I'm scoring a good amount of goals. That's what I want to do; help the team in the rest of the season. I don't mind if I don’t score as long as the team wins.

"It will take a lot to beat Madrid. They are the team with the most titles in this competition, so they are used to the knockout stages and we are going to need to be at our best."

Liverpool have lost each of their last three games against Madrid in the Champions League - only against Benfica between 1984 and 2010 have they lost four in a row against an opponent across all European competitions. 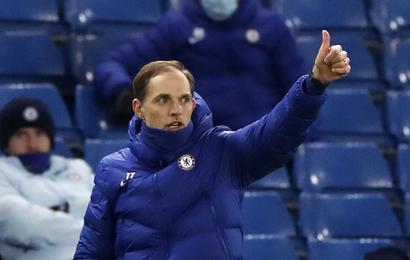 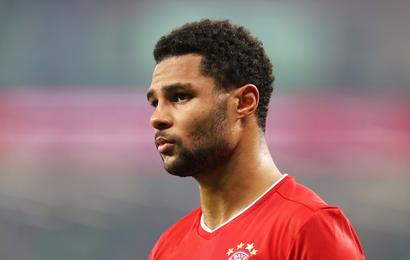