Midfielder Thiago Alcantara was the first off the plane, Manuel Neuer carried the trophy as Robert Lewandowski wore sunglasses, all wearing t-shirts adorned with "Triple 2020" in bright sunshine.

Coach Hansi Flick said had been no curfew the previous evening as the team celebrated at their hotel after lifting the European Cup for a sixth time.

In the past, Bayern celebrated by showing the trophy to fans from a balcony at Munich city hall. This time there will be a private event at the Allianz Arena.

Players will have a two-week holiday after the festivities before they start the new campaign by travelling to fifth-tier amateur outfit Dueren to begin their defence of the German Cup.

Next Champions League winners Bayern were 'a little luc
Read 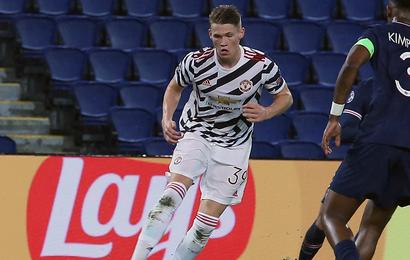