Egan Bernal said it would take him a while to realise the extent of his achievements as he prepares to celebrate a historic Tour de France victory.

Bernal is set to become the first Colombian to stand on the top step of the podium in Paris on Sunday after ending the final competitive day of racing with a 71-second lead over Team INEOS colleague Geraint Thomas.

The 22-year-old is poised to become the youngest winner of the most prestigious Grand Tour race for 110 years and the third-youngest champion of all time.

Bernal crossed the line fourth in Val Thorens, alongside Thomas at the end of a 20th stage - won by Vincenzo Nibali - that was shortened to 59.5 kilometres due to concerns over the weather, a day after racing was cut short due to a hail storm and mudslides in the Alps.

The pressure of wearing the yellow jersey for the first time on Saturday with victory in touching distance did not appear to affect Bernal, but the youngster was still trying to take in his accomplishment after finishing the stage.

He said: "It will need some time to sink in and for me to realise what's happening. It must be amazing in Colombia."

Congrats @eganbernal What a rider!! The first of many  #capo pic.twitter.com/omwVymQaRn

Defending champion Thomas expressed his delight for Bernal after they all but secured a one-two, with Steven Kruijswijk third in the general classification and Julian Alaphilippe dropping to fifth behind Emanuel Buchmann.

"To get first and second, it doesn't get any better. The fact that Egan's won above me, it's the best person to have in front of me." said the Briton.

"Obviously, it's been a crazy year for me, but I can be happy and proud that I've done everything possible to be in the best shape here. And the whole team has been amazing.

"We've taken a lot of flak as always, but I think we've proven time and time again that we're a real strong unit and we know how to ride well and perform in this race." 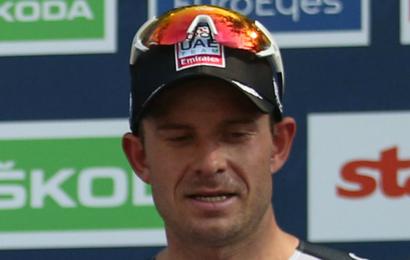