An epic battle between Jo-Wilfried Tsonga and John Isner represented the highlight of the men's singles action at Wimbledon on Sunday, as Juan Martin Del Potro's tournament was brought to an end.

The third-round match on No.2 Court lasted four hours and 24 minutes, Tsonga eventually setting up a meeting with countryman Richard Gasquet having been two sets to one down overnight.

Gasquet beat Albert Ramos-Vinolas in four sets on Sunday, while another Frenchman, 32nd seed Lucas Pouille, got the better of the fit-again Del Potro, who had provided one of the stories of the first week by beating world number four Stan Wawrinka.

Andy Murray's next opponent will be Nick Kyrgios, who completed a 6-3 6-7 (2-7) 6-3 6-4 victory over Feliciano Lopez in another match played over two days. Tomas Berdych and Jiri Vesely were the other winners as matches were played on the middle Sunday of Wimbledon for only the fourth time, following a host of weather delays.

The popular Tsonga has now won all six of his Wimbledon matches that have gone to five sets.

He hit 88 winners, including 21 aces, en route to his latest victory, while Isner tallied 101 and 38 respectively in those categories as breaks of serve proved predictably hard to come by.

"I hope I will have a good recovery from this one and tomorrow be fit to play," said Tsonga, who is scheduled to face Gasquet in Monday's third match on No.1 Court.

"I was focused on the game and not really on the other things. But to be honest, once I said 'maybe it's going to be long like Nicolas [Mahut's famous contest with Isner]'."

Murray has leapt to the defence of Kyrgios on more than one occasion and the controversial Australian cannot wait to face his friend on Monday.

Having resumed his third-round match locked at one-set all with Lopez, Kyrgios took the remaining sets 6-3 and 6-4 to reach the last 16.

Asked about the prospect of playing second seed Murray on Centre Court, the 21-year-old said: "He's a great guy. I'm just looking forward to go out there. I'm obviously relaxed, [but] I'm nervous as well.

"I've played on Centre Court before. I've produced some really good tennis there. I can take a lot of confidence going into that.

"This is probably my best surface, my best chance to beat him. At the same time I think he's pretty comfortable on the grass. There's not many weaknesses there, obviously. The only person he really loses to is Novak [Djokovic]."

A beaten finalist at Wimbledon in 2010, Berdych is perhaps flying under the radar this year having slipped to ninth in the world rankings.

Yet the Czech, a potential last-four opponent for new tournament favourite Murray, was impressive on Sunday in a four-set victory over rising star Alexander Zverev.

"I think we're definitely going to hear a lot about him in the future," said Berdych of Zverev.

"He is really good. He is really tough. So I'm very pleased the way I handled the match. I was able to really play the game I wanted from the first point until the last."

Next Tsonga: The finish line was too far against Murray
Read 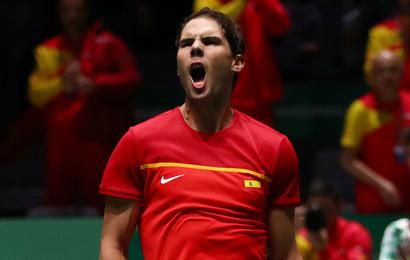 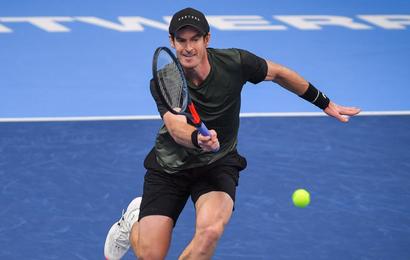