Roger Federer may be approaching the end of his career on court but his dominance in the world of tennis remains as strong today. But, if you were to ask the man himself, I’d be certain he reply with confidence that 2006 into 2007 was a year to remember.

On this day in 2007, the Swiss star was honoured with the Laureus World Sportsman of the Year award after his near total domination of world tennis by collecting three more Grand Slam titles in the Laureus qualifying year.

It was a feat which had given him the opportunity to win the prestigious ceremonial award for a-then record third straight time.

His win in the Australian Open final against Fernando Gonzalez in January 2007 was his tenth career Grand Slam title.  At the time that moved him to joint fifth on the all-time list of Grand Slam winners, and one behind Bjorn Borg and Rod Laver – at the age of just 25. 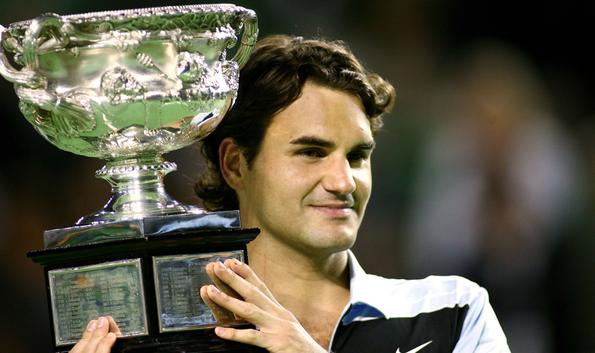 To make the achievement in Melbourne even more remarkable, he became the first man to win a Grand Slam title without dropping a set since Bjorn Borg at the 1980 French Open.

Those with a certain picture memory for tennis will clearly recall Federer played one of his greatest ever matches in the semi-final against Andy Roddick, beating the American 6-4 6-0 6-2 in one hour and 23 minutes. At the time, Federer said: “It was one of those days where everything worked.  I've played good matches here, but that's a highlight of my career.”

Federer won Wimbledon for the fourth straight year in July 2006, beating Spain’s Rafael Nadal in the final and losing only one set throughout the championship.

He also won the US Open for the third year. He once again saw off the threat of the dynamic Roddick in the final.

Only Nadal’s win at the French Open stopped him becoming the first man since Rod Laver to hold all four Grand Slam titles at the same time.

Away from the Grand Slams, Federer was just as dominating.  In November 2006, he won his third Masters Cup in Shanghai, giving him a total of 12 titles in the calendar year, meaning he became the only player in the Open Era to win ten or more ATP titles in a season for three consecutive years.

Of course, we know now that Federer’s Grand Slam obsession has continued for another 13 years. He’s now won 20 Grand Slam singles titles – the most in the history for a male player.

Further to his Laureus Award on this day in 2007, he also won the year after, and the two years prior. But it took him until 2018 to win his next Sportsman of the Year award – a year he also won Comeback of the Year - which made it five Laureus awards in total – a record.

Raducanu and Fernandez US showdown