Serena Williams roared into the quarter-finals of the Yarra Valley Classic with a 6-1 6-4 victory over Tsvetana Pironkova on a star-studded day of action in Australia.

The 23-time grand slam champion was in fine form at Melbourne Park, where the biggest names in women's tennis were competing across multiple tournaments, as she sealed a straight-sets triumph to continue her preparations for a shot at an eighth Australian Open title.

In doing so the 39-year-old extended her head-to-head record over the Bulgarian to 6-0 and was delighted to get the job done.

"It's definitely nice to get another win," the American said during her on-court interview.

"She's clearly a great player, so it wasn't easy, but it was good to come through."

Speaking at her media conference, Williams added: "Last time it was an incredible three-set match, so today I was like, 'All right, let's really try and focus and learn to do better than last time.'"

World number one Ash Barty had a less straightforward path to the last eight, requiring three sets to see off Marie Bouzkova.

Meanwhile, at the Grampians Trophy there were wins for Anett Kontaveit, Jennifer Brady and Angelique Kerber.

Next Medvedev and Rublev send ruthless Russia through,
Read 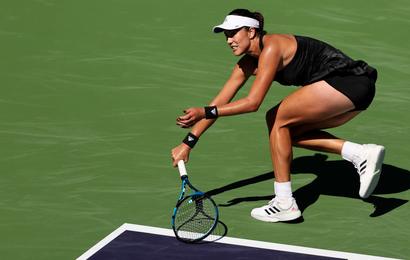