Andy Murray said he has "zero pain" as the three-time grand slam champion prepares to make his singles return at the Cincinnati Masters.

More than six months after undergoing a serious hip operation, Murray will make his singles comeback via the ATP Masters 1000 tournament in Cincinnati.

Murray will face French veteran Richard Gasquet in the opening round after doubles appearances in Washington (Citi Open) and Montreal (Rogers Cup).

"I have zero pain," the former world number one said. "I'm not expecting to be moving as well as I used to but I still think I can probably move better than I am just now. But that will take time. I started playing singles again only a couple of weeks ago.

"Obviously, when you're playing at the highest level against the best players, they hit the ball big and it takes time to get used to that again. And there's still some improvement to come from my hip operation."

Murray last played singles at the Australian Open, where he suggested retirement could be on the horizon before falling to Roberto Bautista Agut in the first round.

Since having surgery in January, Murray has already won a doubles title – teaming up with Feliciano Lopez to claim victory at the Queen's Club.

"Pain-wise, obviously, I don't have pain in my hip," Murray said. "Recovering from practices that I had? Fine, there were no issues later in the day with my hip.

"And then performances in practices with top singles players. At some stage you have to take the step to try to play. My team felt like this was the right time to do that. That's why I'm giving it a go."

Murray added: "It's gonna be difficult but that's just what you have to deal with. That's the situation I'm in and I would have signed up for being in this position that I'm in right now six months ago. Absolutely."

If Murray's comeback to the singles circuit does not go according to plan, the 32-year-old said he would be willing to drop down to ATP Challenger events.

"If things don't go well and I feel like it might take me a little longer to get up to this level, then that's definitely an option," he said. "That's something I'd be fine with doing.

"Ultimately, I'd like to be competing at this level. The quickest way to get up to speed is by being on the practice and match court with top players in my opinion."

Next Nadal pulls out of Cincinnati after winning Rogers
Read 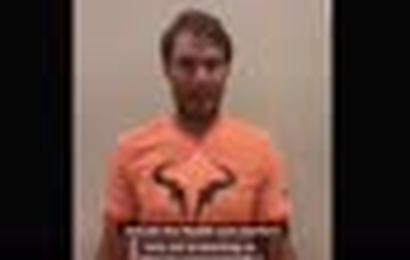 The world of tennis unite against Roland-Garros 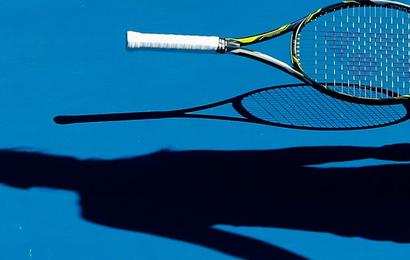 ATP and WTA suspend the tennis season until June 7