Stefanos Tsitsipas stayed in the hunt for more ATP Finals glory by fending off Andrey Rublev in a gripping match at London's O2 Arena, with Rafael Nadal keeping a close eye.

Defending champion Tsitsipas landed a 6-1 4-6 7-6 (8-6) victory, and that was good news for Dominic Thiem whose place in the semi-finals was guaranteed by the outcome on Tuesday.

Rublev can no longer reach the final four, and it will come down to a clash on Thursday evening between Tsitsipas and Nadal to determine who joins Thiem in advancing from the London 2020 group.

Nadal was at courtside to check out his next opponent, and Tsitsipas looked in deep trouble when he faced match point in the deciding tie-break - only for Rublev to double-fault.

Both men came into this match on the back of defeats on Sunday, Tsitsipas edged out in a decider by Thiem while Rublev was beaten in straight sets by Nadal, who then lost to Thiem in a stunning contest on Tuesday afternoon.

This season has seen Rublev win five ATP titles, more than anyone else on tour, but his breakthrough at grand slam and Masters 1000 level has yet to come.

The same can be said for Tsitsipas; however, the Greek triumphed at this tournament last season to take a significant career step.

After Tsitsipas swept through the opening set with little resistance, Rublev stepped it up for the second and nine consecutive games went with serve.

It was a surprise when Rublev broke to level the match, a string of unforeseen errors from Tsitsipas giving up three set points. Rublev required just one, yelling "Come on!" as his opponent sent a forehand long.

Rublev then saved five break points in winning a dramatic third game of the decider, before the tie-break threw up plenty of drama. Tsitsipas had the match in his hands with two serves at 5-4 in the tie-break, but he lost both points and Rublev then blundered when serving at match point.

When Tsitsipas carved out his own match point, a forehand into the net from Rublev settled the outcome.

Next ATP Finals: Zverev up and running with win over Sc
Read 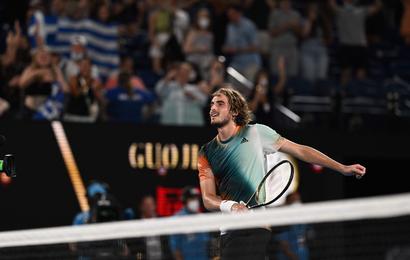 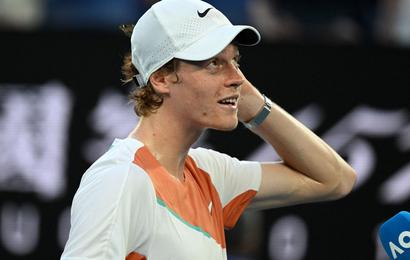