Gianluigi Donnarumma made a crucial penalty save before Krzysztof Piatek and Suso steered AC Milan to a 2-0 win over Frosinone that boosts their Serie A top-four hopes.

After a forgettable opening half at San Siro the game burst into life when Ignazio Abate felled Luca Paganini shortly following the restart.

Donnarumma kept out Camillo Ciano's spot-kick, though, and Piatek showed great movement in the area to end a run of six games in all competitions without a goal in the 57th minute.

Suso's exquisite free-kick put the game beyond doubt and the Rossoneri are now level on points with Atalanta, who face a daunting trip to champions Juventus later on Sunday ahead of the decisive final round of fixtures.

In stark contrast to a poor first half, the second provided a lively start when Borini fired wastefully over from 10 yards with only the goalkeeper to beat.

That miss appeared more costly when Abate clumsily went into the back of Paganini, but Donnarumma saved his team-mate by keeping out Ciano's effort low to his left.

Milan made the most of the reprieve when the lively Piatek turned home Borini's miscued shot from six yards.

And Suso added a touch of quality to the game with a stunning 20-yard free-kick that hit the crossbar before nestling in the goal.

Donnarumma produced another big save from Luca Valzania's well-struck volley in the closing stages, but Milan were otherwise untroubled.

What does it mean? Milan still alive in the top-four hunt

A superior head-to-head record with Atalanta may still prove crucial in Milan's bid to reach the Champions League. They have now won three in a row and failure to prevail here against a side already consigned to relegation may have been fatal for Gennaro Gattuso's side.

Donnarumma and Piatek to the rescue

Milan must have feared the worst when Gianluca Manganiello penalised Abate and showed a yellow card where perhaps a red was justified. Donnarumma came to the fore when it mattered, though, before Piatek rediscovered his predatory instincts after a lean spell.

Abate let off the hook

Abate looked like he wanted the ground to swallow him up when his miscontrol and follow-up foul on Paganini gifted Frosinone a penalty. Luckily, Donnarumma's huge frame saved his team-mate.

Milan's top-four battle goes down to wire with a trip to SPAL, while Frosinone host Chievo before both teams head for the second tier. 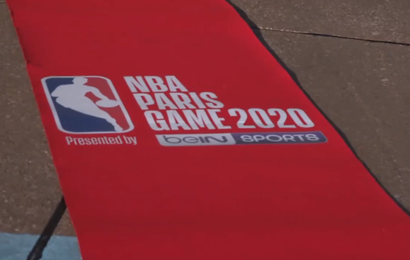