AC Milan have included Daniel Maldini, son of club great Paolo, in their squad for a Serie A game for the first time.

The 18-year-old forward could make his senior debut for the Rossoneri at home to Napoli on Saturday with Milan having struggled for form despite replacing Marco Giampaolo with Stefano Pioli.

Milan have lost three of their past four league games to slip to 14th in the Serie A table with teenager Maldini having the chance to follow in the footsteps of the club's famous family.

His grandfather Cesare won four league titles with Milan and also coached the team to European Cup Winners' Cup glory, while Paolo is considered one of the greatest defenders in Italian football history.

Paolo is now a director at the club and he could see Daniel become the latest Maldini star for Milan, who have been linked with a move for former striker Zlatan Ibrahimovic.

Daniel Maldini signed a new five-year contract with Milan earlier this month, the forward having featured during the International Champions Cup in pre-season.

Next Atalanta 1-3 Juventus: Higuain makes up for Ronald
Read 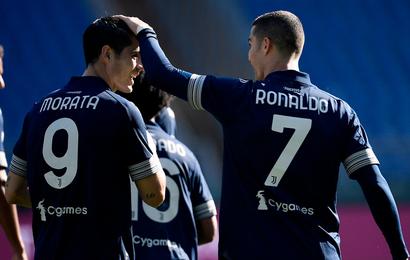 'I hope Juve experiments are over'