City derbies, with their heady blend of familiarity and ferocity, can make enemies of neighbours and friends at the best of times.

"With D'Ambrosio, I have a beautiful relationship," the Italy and Milan goalkeeper told DAZN. "He is my compatriot and he also lives near me."

Best mates with the opposition are we, Danilo? Probably best not to hit the post from three yards out with the goal gaping in that case.

In truth, it was a slice of fortune Donnarumma earned on a day when longevity and goalkeeping greatness were a focus in Serie A.

Donnarumma entered senior football as a fully formed teen sensation, already dubbed Buffon's heir. He was also on the books at Milan from the age of 14, steeped in the history of a club defined by one-club men like Maldini. They were big gloves and boots to fill.

Still only 20, he has travelled plenty of road since then. For a long time, none of it felt particularly smooth.

Mino Raiola's typically bombastic attempts to engineer more money and a blockbusting transfer for his client drove a wedge between Donnarumma and the Milan faithful. Then there was the steady drip, drip, drip of errors that threatened to become a deluge.

When Inter beat Milan 1-0 11 months ago, Mauro Icardi – another man well-versed in player-fan relations – scored the winner after a wretched misjudgement from the Rossoneri keeper. On this occasion, it often felt like Donnarumma and his 6ft 5in frame was the only realistic bridge between a yawning gulf in class.

His first big save came in the 18th minute, thwarting Romelu Lukaku after Lautaro Martinez's cute pass played in his strike partner.

Donnarumma's stop to deny the impressive Martinez was stunning three minutes later, with D'Ambrosio on the rebound seemingly one of those briefly distracted.

There was no suggestion of a neighbourly favour when the Inter man propelled himself skywards for a thumping overhead kick. Again, Donnarumma saved and an offside verdict meant Martinez converted the rebound in vain.

A cruel deflection from Marcelo Brozovic's speculative 49th-minute strike felt like the only way Donnarumma was likely to be beaten at that stage, although Inter's 100 per cent start to the Serie A season scarcely seemed under threat from that point.

A bustling Lukaku is brimming with confidence and directed home a fine header to seal victory. Antonio Conte has always felt his best teams operated near their peak with a "point of reference" striker. Inter have that in Lukaku and he might just take them all the way to the Scudetto.

Milan's aims under Marco Giampaolo must be more modest after they managed a solitary shot on target over the course of the 90 minutes – the exciting front two of Krzysztof Piatek and Rafael Leao too frequently isolated as playmaker Suso faded to the margins.

But in Donnarumma they have a young man who has weathered a storm, partially of his own making, and is back on the road to superstardom. He and Milan might yet enjoy a beautiful relationship of their own. 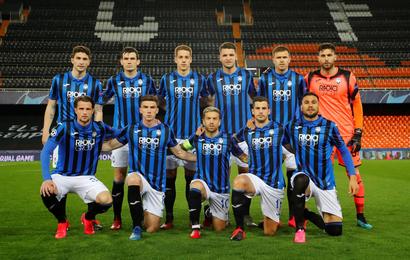