You can watch the Live Match Stream of Wolves Vs Liverpool, via beIN CONNECT

Wolves are the next side looking to hand Liverpool their first defeat of the Premier League season, as the leaders head to the West Midlands on Thursday evening.

Wolves have played more games than any other team in the Premier League this season, due to an early run in the Europa League. However, that didn’t show on Saturday when they battled back from 2-0 down to secure a memorable 3-2 victory away at Southampton. Pedro Neto pulled a goal back before two goals in eleven minutes from Raul Jiminez turned the tide in Wolves favour.

The first victory in three Premier League puts Nuno Espírito Santo’s side within striking distance of the Champions League places. However, the next run of games is decidedly tricky for Wolves, who will take on Manchester United, Leicester City and Espanyol following their match on Thursday evening. This is a critical part of the season for Wolves and with such a small squad, it could prove to be a tough second half of the campaign.

VAR was controversially applied when the two sides met during the festive season. Liverpool’s only goal of the game was ruled out by referee Antony Taylor for a handball in the buildup by Adam Lallana, however, the decision was overturned. Wolves will be looking for some revenge.

Wolves have a thin squad, and with plenty of tests ahead in Europe and domestically you have to wonder if they will spend in January to bring in any players. For now, Diogo Jota could return into the first team after a calf injury, otherwise, Nuno is likely to stick with the side that did so well against Southampton. 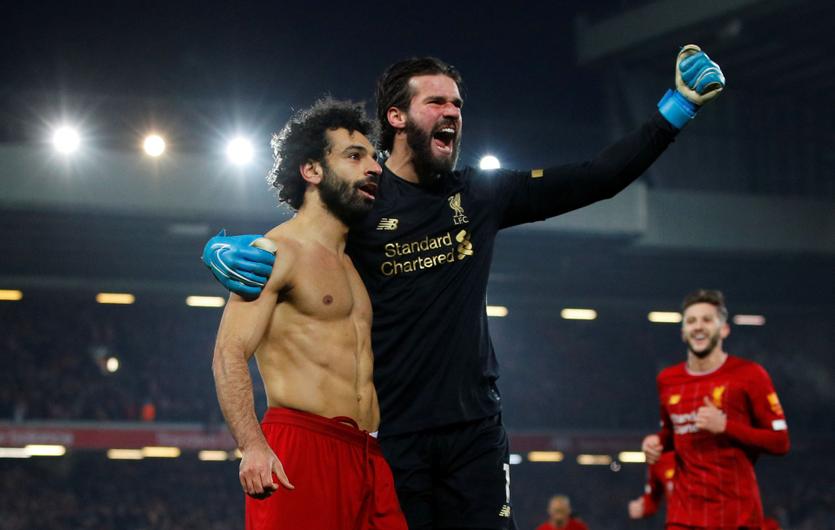 Whisper it, but Liverpool might win the Premier League this season. Jurgen Klopp’s side has carved open up a sixteen point gap at the top of the table following a 2-0 victory over Manchester United. Although the game against their feted rivals was far from straight forward, and increasingly looked to be heading towards a draw as United piled on the pressure in the final moments of the contest.

With United surging forward Alisson clipped an inch-perfect ball to Mohamed Salah who did the rest to score the Reds decisive second goal. The sense of joy was palpable at Anfield, and for the first time this season, the Kop sang the immortal tune of “We’re going to win the league.” Of course, for many, the writing was on the wall for some time as Liverpool can now very realistically becoming a side that can beat Arsenal’s invincible season of 03/04. Only thirteen games stand in their way and history.

Right now, the squad will only be focusing on one game at a time, before Liverpool can realise their dream of winning a first league title in thirty years. After negotiating a packed festive season unscathed, it looks like a fairly reasonable run of league games which includes a game in hand against West Ham, Southampton and Norwich. Klopp will be demanding focus and poise from his side as they chase history and use the league games for vital preparation against Atletico Madrid in the Champions League.

In team news, Dejan Lovren is still recovering from a thigh injury and the game midweek could come too soon for the defender. Naby Keita, James Milner and Nathaniel Clyne remain long-term absentees. Fabinho is pushing for a starting place after coming off the bench against Manchester United.

It certainly promises to be an interesting encounter as Wolves face off against runaway league leaders Liverpool.  Follow all the action with beIN SPORTS.