Former Chelsea midfielder Dennis Wise is confident that Eden Hazard will stay and commit to the Blues ahead of interest from Real Madrid. Wise, who was a pundit for beIN SPORTS over the weekend had his say on the Belgian international and Chelsea under new boss Maurizio Sarri. 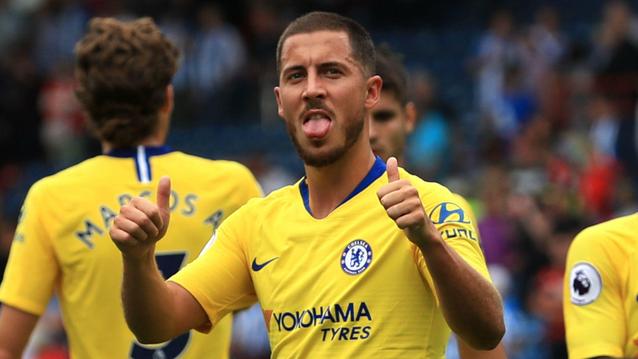 “You want to keep those type of players so fingers crossed nothing happens.” Added Wise when asked about the potential of Hazard moving away before the end of the European transfer window.

Hazard enjoyed a fine 2018 World Cup for Belgium, who finished third in the tournament, attracting the attention of Real Madrid. However, rumours persist that Chelsea is preparing to offer the attacking midfielder a bumper new contract to fend off interest from Los Blancos. Wise believes that Hazard is enjoying life at West London and could stay beyond this season.

“I think he’s quite loyal and I think he wants to stay at Chelsea, I really do.”

Whilst Wise also touches on the form of Álvaro Morata, the impact of new signings Jorginho & Kepa in the side and how Chelsea will adapt to the style of football introduced by their new boss Sarri. You can watch the full interview in the video above.