West Ham begins their league campaign with the visit of Manchester City to London Stadium on Saturday afternoon, and Manuel Pellegrini will be relishing the opportunity to play against his former side. The Chilean boss guided Man City to the 13-14 league title, and will now attempt to break down the City machine which is targeting a third straight league crown under Pep Guardiola.

The Irons strengthened significantly in the summer bringing in Sébastien Haller for a club-record fee. The French attacker was formidable in the Bundesliga with Eintracht Frankfurt scoring 15 league goals. Haller is joined by exciting Spanish midfielder Pablo Fornals who impressed during the European U-21 Championships.

In team news, keeper Lukasz Fabianski is expected to start, as well as Jack Wilshere who has impressed in preseason. Haller and Fornals should also start, the game has come too late for club captain Mark Noble. 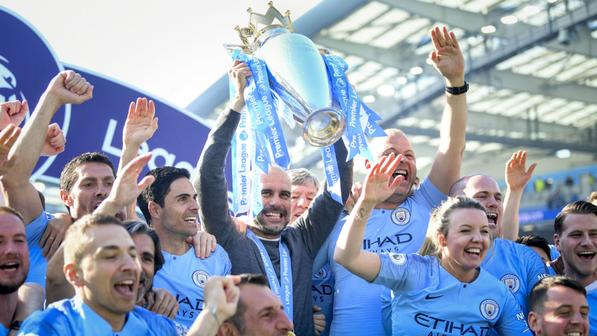 As for Manchester City, they are targeting a third straight league title. As ever, Pep Guardiola has been meticulous in the transfer market identifying areas of weakness and strengthening appropriately. With Spanish midfielder, Rodri recruited from Atletico Madrid and wing-back Joao Cancelo signed from Juventus to add depth to the side.

Fresh from winning the Community Shield, Pep will know full well that a strong start to the season is crucial especially if title rivals Liverpool are to push them to the final game again. An early slip up would not be welcomed by the notoriously demanding Catalan tactician.

In team news, Leroy Sane is a long-term injury doubt after injuring his ACL in the Community Shield. The trio of Benjamin Mendy, Fernandinho and Aymeric Laporte are also doubtful. This could mean that Rodri and Joao Cancelo could be in line for league debuts.

It certainly promises to be a fascinating encounter as West Ham takes on the Champions Manchester City in their opening game of the season. You can follow all of the action Live & Exclusive with beIN SPORTS.