So that's it! Manchester City are Champions! It's been a fierce title race, but Pep's men have done the business! Seems like a good place to finish! I hope you enjoyed our coverage of the Premier League this season! Don't worry we'll be back with more of the same after the summer break!

Congratulations to @ManCity who are your @premierleague 2018/19 Champions 🏆#PL #beINPL #MCFC pic.twitter.com/2KEGcX9tJG

Elsewhere Manchester United fell to a 2-0 defeat to Cardiff, our studio guests were less than impressed by the red devils.

"There's probably not one Liverpool fan who has left that ground today to show their appreciation.

"If we were to look at Old Trafford right now, I bet you it's half empty. They were leaving in droves, Old Trafford, last game of the season!"

Back to the studio! Former Liverpool man John Arne Riise had some choice words to his side, go and win something if you are considered legends!

"Even though they're doing amazingly you need to win something."

Ex-Liverpool full-back @JARiiseOfficial is full of praise for his former side but says if they want to be remembered as legends, they need to win silverware.

All over! Manchester City is the Premier League Champions following a 4-1 win over Brighton. Liverpool pushed City all the way and defeated Wolves 2-0 to keep up their end of the bargain, but Pep Guardiola's side was relentless in the second half and stunning strikers from Riyad Mahrez & Ilkay Gundogen handed City back to back Premier League crowns. Join me for all the reaction after the game.

Goal! Liverpool go 2-0 up! Sadio Mane again! It's not going to be good enough for the league title!

Goal! The title belongs to Manchester City now! Gundogan curls a free-kick into the top corner! Party time on the Southcoast!

Goal! Riyad Mahrez smashes one into the top corner! Man City are on the brink of the title now!

Chance! Wolves striker Raul Jimenez misses a golden chance to level, blazing his shot over the bar from a tight angle!

Right! Back underway in both games now! Will we have more drama in the second half? Stick around!

Peep! Half-time at both games! City leads Brighton 2-1, Liverpool lead Wolves 1-0. As things stand, City are top of the table!

Chance! Lewis Dunk has a crack from distance! Ederson turns the ball over the bar!

Goal! The fightback is complete at the Amex! Aymeric Laporte is unmarked and plants the header into the corner! Man City will win the Premier League as things stand!

Goal! Just like that! Sergio Aguero pulls one back! Still, Liverpool are top of the table as things stand!

Goal! Drama at the Amex! Brighton go 1-0 up! Glenn Murray with the header! Man City have it all to do!

Goal! Liverpool takes an early lead and for now, return to the top of the table! Trent Alexander-Arnold with the cross and Sadio Mane makes no mistake from close range! The pressure is on Man City!

Peep! We are underway at the Amex! It's all in the Citizens hands!

Shay Given is chatting with Carrie Brown down at the Amex! The former City is confident Pep's men can do the job!

"I do believe that City will get the job done!"

"It's a special group of players."

Former Man City goalkeeper @No1shaygiven in confident mood ahead of the Citizens' match with Brighton. A win and the Premier League trophy is theirs.#beINPL #BRIMCI pic.twitter.com/vgkkrWqPZz

Former Man City midfielder Nigel de Jong joins us in the studio today. He was a part of the City team that dramatically won the league on the final day thanks to that magical late strike from Sergio Aguero!

Wolves head out to warm up! I don't think they'll be rolling over for Liverpool today!

Teams out for warm-ups. #LIVWOL

Warm-ups well underway on the South Coast! Remember a win for City is the second trophy in a potential domestic treble having picked up the League Cup & making the FA Cup Final next weekend.

Inside the Liverpool dressing room! After that win against Barcelona, they will believe that Brighton can help them out today!

Now for Wolves! Nuno names an unchanged side from the team that defeated Fulham 1-0 last time out!

Here's how Wolves line-up for this afternoon's @premierleague fixture against @LFC. #LIVWOL

Our final @premierleague starting line-up of the season, as we take on @Wolves. 🙌 #LIVWOL

Now for Manchester City! One change from the side that beat Leicester on Monday! Riyad Mahrez comes in for Phil Foden. Kevin de Bruyne is named on the bench!

Here’s how we line-up at the Amex Stadium! ⚽️

Team News! First up Brighton! Two changes from the side that drew against Arsenal! Beram Kayal in for Dale Stephens and Anthony Knockaert replacing Solly March. Bruno plays his final game as a professional footballer.

🔢 Here's how Albion line up for their final @premierleague match of the season against @ManCity at the Amex...

Likewise, Wolves have rocked up at Anfield! The newly-promoted side will finished seventh this season and have relished playing the top six. Could they halt the Liverpool title party?!

The team arrive at Anfield. #LIVWOL

Brighton has arrived at the Amex! Looking very relaxed ahead of the task at hand!

👀 The title race goes down to the wire!#BHAFC 🔵⚪️ pic.twitter.com/6uA4K0HZUS

No need to be nervous Liverpool fans! This video should get you in the mood for the game!

Whatever happens next. A season to remember.

Oh, just in case you missed out on the news! Virgil van Dijk has been named the Premier League Player of the season! 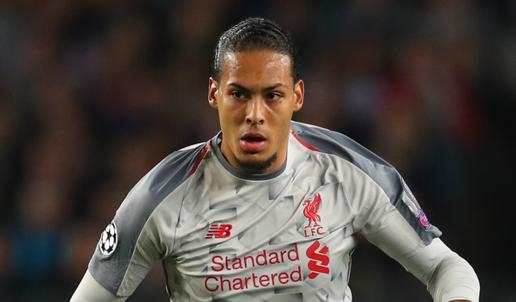 So team news is about to come in, feeling a little unsure of which game to watch? Don't worry! We've got you covered with both games on HD 17!  So you will not miss any action!

Man City have been unrelenting in their pursuit for back to back Premier League titles. After 12 straight Premier League wins, City will be the favourites and will have to battle to the very end!

Over on the South Coast and the scene is set! Can Brighton pull off a shock against City? One Brighton legend who is calling it a day is right back Bruno, it's going to get emotional at the Amex!

So here we go! The season boils down to this. Liverpool needs Brighton to take points off Man City, whilst the Reds need to win against Wolves? Our man at Anfield Matt Critchley has caught up with former Liverpool midfielder Jason McAteer to gauge the mood.

The Premier League title race is set to be decided on the final day as Liverpool & Man City duke it out! We have you covered at beIN SPORTS, with live Simultaneous broadcasts of both key games on HD17! As ever, we will have all the build-up, team news from both games along with goals and highlights from this huge day of Premier League action.