Manchester City maintained their undefeated start to the league with a comfortable 3-1 victory over rivals Manchester United on Sunday evening. Pep Guardiola’s side dominated possession and reduced United to a solitary goal which was scored by Antony Martial via the penalty spot.

Confidence was high for City, who were heading into the contest after back to back 6-0 victories. The home side immediately clicked, passing the ball around confidently whilst United were finding their feet in the contest. Indeed, City could have opened the scoring within the five-minute mark had Bernardo Silva & Sergio  Aguero not ran into each other as they looked to get onto a cross from David Silva.

Come the twelfth minute and City had the lead. Raheem Sterling bent a ball to Bernardo Silva who drilled the ball across the box, Sergio Aguero may have fallen over trying to connect but David Silva was Wiley enough to control the pass and lash the ball past de Gea from close range.

United was shell-shocked unable to keep up with the possession game of City. Fourteen minutes on the clock and Pep’s side had a staggering 86% of possession, and it showed.  United did eventually find their stride, yet failed to trouble City’s backline.

Into the second half, and City quickly made their mark doubling their lead through Sergio Aguero. Fernando jostled the ball off Rashford and picked out Aguero. Driving forward,  the silver-haired striker traded a neat pass around the corner with Rhiad Mahrez before smashing the ball into the roof of the net.

In need of some attacking verve, Mourinho turned to Romelu Lukaku who made an instant impact just after the hour mark, winning a penalty for his side. Antony Martial stepped up to send Ederson the wrong way, and give United a lifeline.

However, it wasn’t to be. City kept the ball well and scored a well-worked team goal to seal victory four minutes from time. After playing the ball in midfield, Bernado Silva clipped the ball into the penalty area were ilkay Gundogen exhibited a perfect first touch to control and calmly slot the ball into the goal. Securing bragging rights for City in the process.

86- Goal! Substitue ilkay Gundogan composes himself to make it 3-1! Game over!

57- Goal! Martial converts from the penalty spot! United have pulled one back!

48- Goal! A neat exchange between Mahrez and Aguero and the silver haried Argentinian spanks the ball past De Gea! Game over!

Peep! We are underway in Manchester!

Right! We are just about to Kick-Off now! Stick around of Live Match Commentary, along with video Highlights and Goals. I'll be back a little later with a match report? Sound like a deal? DEAL? I have a feeling Sergio Aguero might score today...

Just 15 minutes or so away from kick-off in Manchester! Are you excited?! Over in Spain, Barcelona is losing 2-0 to Real Betis at half-time! Why don't you follow our Live Blog on the game to see the Betis goals (one is very good)

Nemanja sticks the boot in on Jose's midfield selection. Can United pick up two big away wins this week?!

"I think the 3 players in the middle will have a difficult time because they're tall, against small and sharp midfield players."

Man City has arrived! Sergio Aguero is sporting, erm a jazzy haircut. Which I actually quite like.

All present and correct 💙

So how is Manchester United going to cope without Paul Pogba?! It's certainly going to be interesting. Regardless of the absence of the flamboyant midfielder, United will be high spirits following their 2-1 Champions League win against Juventus. In many ways, there are some similarities with the game against the Citizens his afternoon. Both sides have impressive home records and play attacking the football. United picked there moments on Wednesday, scoring twice in the final three minutes. If Jose's side starts well defensively, they are well within a shout of shocking the league leaders on home turf. Especially with the likes of Lukaku & Sanchez on the bench. Regardless expect fireworks from the Portuguese coach! 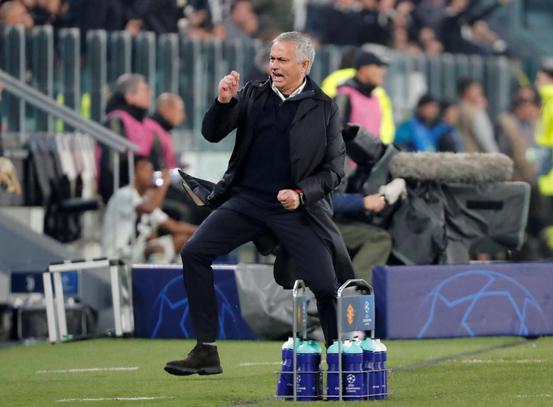 As for Man City, who have gone with a frankly very confusing design to announce the team, have made two changes from the 6-0 thrashing of Shakhtar Donetsk. Sergio Aguero & Bernard Mendy come in to replace Gabriel Jesus & Aleksandr Zinchenko.

How we line-up in the 177th Manchester Derby! 🔵

So confirmation of the Manchester United Team. No Pogba, Fellaini is his replacement. Up front it's the attacking trio of Lingard, Martial & Rashford. Alexis Sanchez & Romelu Lukaku make the bench.

Over in the studio, and former United defender Nemanja Matic is joining  Richard Keys, Andy Gray & Gilberto Silva on pundit duties. The five time Premier League winner is confident United will be okay with out Paul Pogba...

Good afternoon! Welcome to the Live Updates of the Manchester Debry! It promises to be a fascinating encounter as league leaders Man City welcome Man United to the Etihad Stadium. Expect all the usual fun and games including Live Match Commentary, all the latest team news, reaction from the studio &  Live goal videos! It should be a blast!