Chelsea will be hoping to return to winning ways when they welcome Arsenal to Stamford Bridge on Tuesday evening.
The Blues may currently sit in fourth place in the league, but Frank Lampard will be worried for his side, following a disappointing 1-0 defeat against Newcastle. The Blues have a tricky run of games coming up, which includes an away trip to Leicester along with games against Manchester United, Tottenham and Bayern Munich in the Champions League.

Chelsea dominated possession and created the vast majority of chances against Newcastle, before coming unstuck by a late Isaac Hayden header in second-half stoppage time. More concerning perhaps is how Chelsea have lost three of their last five home outings in the Premier League. Something that will have to change if the Blues are to hold on to their Champions League place come the end of the season.

Frank Lampard’s side did get the better of Arsenal during the festive season, scoring twice in four minutes to seal a smash and grab 2-1 victory in Mikel Arteta’s home debut as Arsenal boss. It will certainly be interesting to see how Lampard sets up his side, especially after their inconsistent performances in recent weeks.

In team news, Chelsea will be without Reece James who went off injured against Newcastle. The defender joins Marcos Alonso, Christian Pulisic and Ruben Loftus-Cheek on the sidelines. Emerson Palmieri is likely to come in at left-back for James, whilst Lampard could hand starts to Kurt Zuma and Callum Hudson-Odoi. 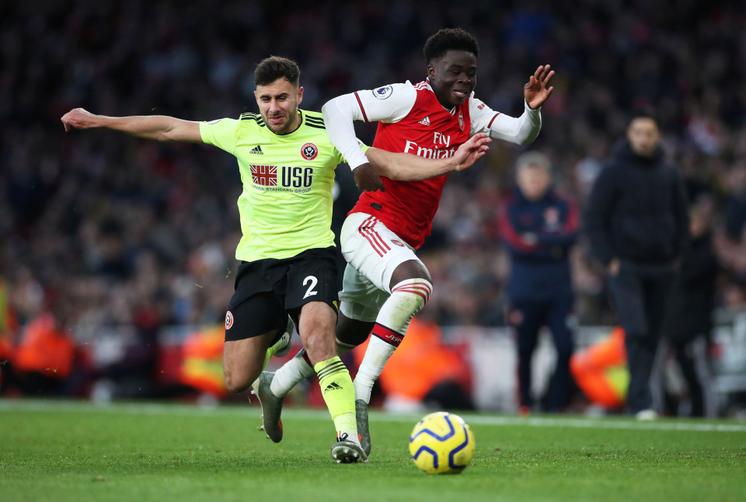 Arsenal’s hopes of making a push for European football this season are fading fast, and new boss Mikel Arteta will be targeting his second Premier League victory against an out of sorts Chelsea side.

The Gunners season is fast falling into mid-table mediocrity as they look to consolidate under new boss Arteta. Central to Arsenal’s downturn in fortunes has been their poor away form and have only picked up one away victory in their last ten Premier League outings on the road. There have been encouraging signs recently with points against Bournemouth and Crystal Palace, but a victory on Tuesday could be the vital morale boost that Arteta needs.

Last time out, Arsenal dominated at home against Sheffield United only to concede a late equalizer from John Fleck. As frustrating as recent results been, fans been buoyed by the body language and a renewed commitment from the side who looked incredibly jaded under Unai Emery. Whilst impressive performances from youngsters Gabriel Martinelli and Bukayo Saka have given the Arsenal faithful plenty to look forward to next season.

In team news, Pierre-Emerick Aubameyang is still out through suspension so Alexandre Lacazette will lead the line again. Wing back Sead Kolasinac is out with a thigh strain, as is midfielder Reiss Nelson with a similar complaint. On a more positive note, Sokratis Papastathopoulos should recover from illness to start at Stamford Bridge.

It certainly promises to be an interesting encounter as Chelsea face off against Arsenal in a London derby.  Follow all the action with beIN SPORTS.