Goals from Burnley's Chris Wood and Jay Rodriguez inflicted an embarrassing 2-0 defeat on Manchester United at Old Trafford, a loss that will surely bring Ole Gunnar Solskjaer's position into question once again.

It was Solskjaer's first home league match as United manager without Marcus Rashford - who is set for a long absence with a back injury - and his absence was telling, as the Red Devils showed little cutting edge in the final third against a Burnley side that was typically set up to frustrate.

Although United dominated much of the first half, the chances they created were wasted and Burnley were far more clinical, going into the break with a one-goal lead thanks to Wood despite having just three shots to the hosts' 11.

United were arguably even worse after the interval. The opportunities they had been crafting dried up and a phenomenal strike from Rodriguez ultimately gave them too much to do, meaning fourth-placed Chelsea remain six points clear of Solskjaer's men.

United were most threatening down the right in the first half, and Wan-Bissaka - routinely given freedom by Burnley - picked out Anthony Martial in the 15th minute, but the Frenchman could not get enough contact with the ball.

Wan-Bissaka again caused trouble in the 28th minute as his low delivery found Juan Mata, only for the midfielder to completely miss his kick as the ball struck his standing leg.

Two more chances soon went begging, with Daniel James' header forcing a save and Martial spurning a decent opening, and Burnley capitalised just before half-time - Wood steering past David de Gea at the near post after Ben Mee's flick-on.

Solskjaer introduced Mason Greenwood for the abject Andreas Pereira at half-time, though it made little difference and United soon found themselves 2-0 down as Rodriguez peeled away from Harry Maguire and lashed a scorching effort in off the crossbar from just inside the box.

United thought Charlie Taylor should have been shown a red card after he hauled Greenwood down on the edge of the box when the substitute would have only had Nick Pope to beat, but referee Jon Moss and the VAR did not agree.

Burnley had little trouble holding on to move to within just four points of their hosts, whose late goal by Luke Shaw was chalked off for a foul on Jeff Hendrick.

Goal! Jay Rodriguez fires the Clarets 2-0 up, what a strike! This is not looking good for Ole Gunnar Solskjær!

Goal! Chris Wood fires Burnley into the lead. Ben Mee with the knockdown and the big man does the rest! Textbook!

Peep! We are underway at Old Trafford!

Ole Gunnar Solskjær explaining the changes for the side! Minutes away from kick-off at Old Trafford!

🗣️ “Phil is coming in [for Victor] and we’re leaving Luke out for Juan,” says Ole.

“We hope to dominate the game here and play as much as we can in their half.”#MUFC #MUNBUR pic.twitter.com/uD4uefgDh7

Now for the visitors! Everything seems to be in order there! Chris Wood will be looking to continue his fine form in front of goal!

Team news! Manchester United first up! Juan Mata comes into the side! Harry Maguire is the captain!

Shock horror! Jason Mcateer is putting the boot in on Ole Gunnar Solskjær! What team did he play for? Liverpool you say, ahh right!

"Someone's got to make a big decision sooner rather than later because #MUFC could end up mid-table."@MCATEER4 rips into Ole Gunnar Solskjaer and Ed Woodward. #beINPL #MUNBUR

We also have all the other Premier League games on this evening! Including Tottenham Vs Norwich! Follow them all via beIN CONNECT! 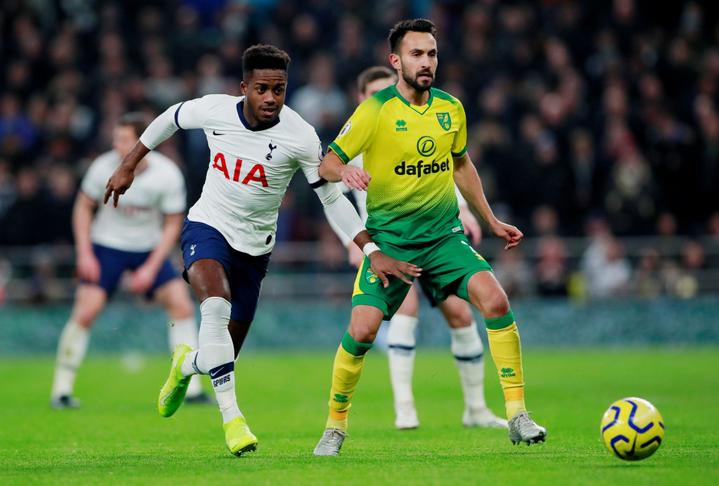 The Burnley boys have arrived! Don't forget we get underway at 23:15 tonight!

Sean Dyche and his side take a look at the pitch 📸🚶🏻‍♂️ pic.twitter.com/NCrrm1aqof

Matt Critchley has his traditional pre-match chat with Jim Beglin, can United make the promised land of Champions League football this season?

Are #MUFC good enough to make top 4 this season?

We've got Jason Mcateer in with us tonight! He has had plenty to say on Ole Gunnar Solskjær!

"He's a manager that's in trouble... They look lost at the minute... I just don't think that Ole's the right fit."@MCATEER4 blames former #MUFC players Gary Neville and Roy Keane for keeping Solskjaer in a job! #beINPL #MUNBUR pic.twitter.com/shtH2FLrLX

Antony Martial loves scoring against Burnley, I wonder if he will start tonight?!

Good evening! Welcome to the Live Updates of Manchester United Vs Burnley. Can United bounce back from their humbling at the hands of Liverpool? Or will Burnley continue winning ways to pile yet more misery on Ole Gunnar Solskjær? Join me for all the build-up, team news and video highlights from the game at Old Trafford!