You can follow the Live Match Stream of Liverpool Vs Manchester United via beIN CONNECT.

Liverpool’s pursuit for a first league title in thirty years sees them entertain Manchester United on Sunday evening. Jurgen Klopp’s side made the best ever start to a side in the league last weekend with a 1-0 victory over Tottenham, and will be looking to add to that enviable record against their bitter local rivals on Sunday evening.

Sami Hyypia and Ryan Giggs will be the pundits in the beIN SPORTS studio to cast their eye over one of the most highly anticipated derbies of the Premier League season. The tables have seemingly turned on Manchester United’s domestic dominance, with Liverpool currently having a gigantic sixteen point lead over second placed Manchester City.

The only blot on Liverpool’s perfect season thus far came in a 1-1 draw against United in October. A game in which Adam Lallana scored with five minutes left to play to save a point for his side. In truth, Liverpool have rode their luck at times this campaign, but like many title winning sides they have been able to grind out victories when needed.

In team news Liverpool are without a number of key names for the game. Joel Matip, Dejan Lovren and Fabiano all closing in on a return to first team action, although the game at the weekend could be too early for the trio. Naby Keita and James Milner will be unavailable for selection with groin and thigh injuries. 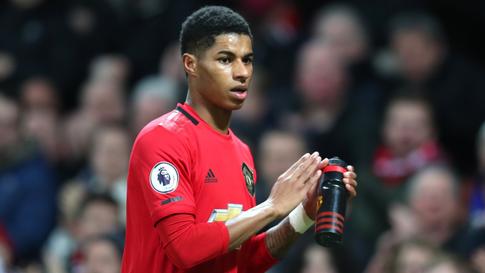 As for Manchester United, they will be looking to build on their 4-0 win over Norwich last weekend, a much needed boost to morale following disappointing results to Arsenal in the league, and Manchester City in the League Cup semi-final.

Despite the inconsistent campaign, United are currently in fifth place in the league and just five points away from fourth placed Chelsea. Interestingly, Ole Gunnar Solskjær’s side has had a knack of picking up victories against sides in the top six having already picked up three points against Leicester, Chelsea, Manchester City and Tottenham. United fans would love to become the first side to defeat Liverpool this season, although it would be scant consolation if their rivals go on to lift the league title.

In team news, United will be sweating on the fitness of Marcus Rashford who injured his back in the 1-0 FA Cup replay win over Wolves. The England striker will be assessed in the next few days to see if he will be fit enough to make the squad. Paul Pogba and Scott McTominay remain key absentees in midfield, although defender Eric Bailly could return to first team action on Sunday.

It certainly promises to be a fascinating clash as Liverpool clash against bitter rivals Manchester United. You can follow all the action via beIN CONNECT.