With 672 league appearances for Manchester United, Ryan Giggs is perhaps better qualified than almost any other person on the face of this Earth to speak about the Red Devils, with their rich and illustrious past.

This week he spoke to beIN SPORTS about what it was like under legendary manager Sir Alex Ferguson, whose long tenure at Old Trafford saw Giggs go from fresh-faced prodigy to club icon.

“Oh there was definitely fear, especially early on. He mellowed a little bit, as he got older, but not a lot,” he says, laughing. “He had this cough which you could hear, and if you heard that at our first training ground, at The Cliff, you’d very often turn the other way. You didn’t want to cross him!”

Famous for both promoting youth and being hard on his players, Giggs knows first hand how Ferguson treated the players, and how the volatile Scotsman needed to be treated in turn.

“At 18, 19, 20, you just never knew what sort of mood he was in. So there was definitely that fear but ultimately there was always that respect.” 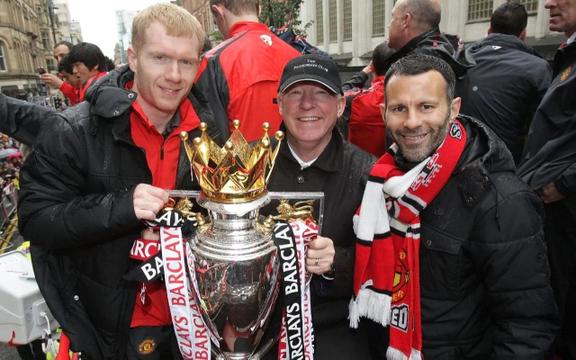 With that respect came decades of sustained brilliance at United, Giggs himself winning 13 Premier League titles under Ferguson. While they were both mainstays at the club, other near-mythical figures came and went, nearly all of whom were handled to perfection by the man in charge, though there might have been a clutch of individuals that did manage to escape the wrath of Ferguson.

“It was one of his strengths, handling players and handling different kinds of personalities, there were three of four players that he never had a go at. (Eric) Cantona was one, Bryan Robson, Roy Keane, and Cristiano Ronaldo. They were all match-winners."

"They did their stuff on the pitch there were some games where Eric didn’t do anything. If he didn’t score, he wasn’t running about like a (Carlos) Tevez or a Wayne Rooney, he didn’t have an impact. But he knew, sooner or later, he would come good,” Giggs says, recounting the days before VAR and snoods and when kick-offs were carried out by two players.

“So we would be sat in the dressing room, thinking ‘he’s got to have a go at him, he didn’t do anything today!’ but the next week he’d score the winner or he would produce a moment of magic. So he handled the big names really well… he was a master of psychology. He was a master of getting the best out of certain individuals.” 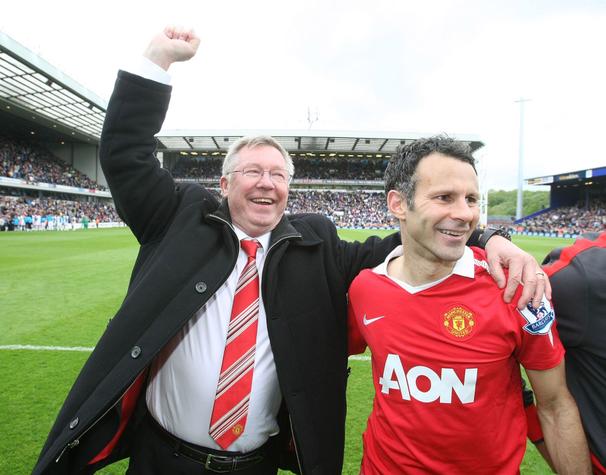 Ferguson certainly got the best out of Giggs, his league titles eclipsing the trophy hauls of every other club in England, bar Liverpool. But even as United, Ferguson, and Giggs collected championships there were conflicts, and famous spats with the likes of David Beckham and Jaap Stam saw the manager come out on top and those key players swiftly sold.

With 23 seasons at United, some may have assumed that the Welshman was never on the wrong side of Ferguson’s ire.

“I fell out with him plenty of times. Six or seven times where it was a couple of weeks wages, I was fined for talking back, for having an argument,” the Welsh Wizard recounts.

“At the time it’s not very nice. You’re in the dressing room and you’ve just got beat or you’ve just had a bad performance and I just couldn’t help myself, to have a go back… Later in his career he told me he liked that. It meant that you cared. But he still would fine you two weeks!”

Watch Ryan Giggs, John Barnes, and Jens Lehmann on The Champions Club hosted by Angus Scott on Wednesday at 2100 Mecca on beIN SPORTS HD11. Check www.bein.net for updates and local listings for The Champions Club and more of the latest and greatest sports and entertainment content you can enjoy from the comfort of your home.