Manchester United's push for a top-four spot continued on Tuesday as they cruised to a 3-0 win over Brighton and Hove Albion at the Amex Stadium.

United wasted little time stamping their authority on the game as strikes from Mason Greenwood and Bruno Fernandes put them two up before the half-hour mark.

Greenwood was the provider for Fernandes' second after 50 minutes as Ole Gunnar Solskjaer's side made it eight games unbeaten in the Premier League.

The result moved United up to fifth, two points behind Chelsea, although they have played a game more. Brighton, meanwhile, remained in 15th, six points above the relegation zone.

United started on the front foot, with Fernandes crashing a long-range effort against the post after 12 minutes.

They did not have to wait long to open the scoring, though, Greenwood surging into the penalty area, bamboozling Lewis Dunk with a series of stepovers and clipping a smart finish past Mat Ryan at his near post in the 16th minute.

That advantage was doubled in the 29th minute when Fernandes' strike from 20 yards took a wicked deflection off Alexis Mac Allister to wrongfoot Ryan.

A devastating counter attack led to United's third five minutes after the restart, Greenwood picking out Fernandes at the back post with a sumptuous cross, with the Portuguese volleying past a helpless Ryan from eight yards.

Graham Potter's men failed to score a consolation, though, as United strolled to the most comfortable of away wins. 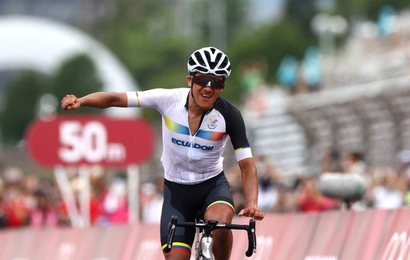