Liverpool saw their hopes of achieving a record Premier League points total extinguished at Arsenal as two errors resulted in a 2-1 loss for the champions.

The Reds needed at least a point to remain in with a chance of equalling Manchester City's 100-point haul from two seasons ago, and their hopes of reaching 102 were boosted by Sadio Mane's opener.

However, uncharacteristic gaffes from Virgil van Dijk and then goalkeeper Alisson saw the Gunners come from behind as they put Sunday's defeat to rivals Tottenham behind them.

There was an early warning regarding Emiliano Martinez's clearances when Roberto Firmino charged down one of his attempts and blocked the ball onto a post.

Ten minutes later, Martinez was harried again and Liverpool won the ball back from his kick, with Firmino releasing Andy Robertson to slide across for Mane, whose first-time finish gave the Reds a 20th-minute lead.

However, Arsenal quickly turned the game around following mistakes from Van Dijk and then Alisson.

First, Van Dijk, under pressure from Nelson, played a loose pass between Fabinho and Alisson, allowing Lacazette to capitalise for the equaliser.

Alisson was the next to sloppily give away possession, Lacazette again seizing upon the ball and squaring for Nelson to give the Gunners the lead prior to the interval.

Liverpool almost hit back early in the second period when Mohamed Salah, making his 150th appearance for the club, sat down David Luiz with a dummy before prodding towards goal only to see Martinez tip over the crossbar.

Jurgen Klopp called for Takumi Minamino from the bench and, after he dragged one shot wide, the Japan international felt he should have had a penalty when Kieran Tierney's pressure on him in the box went unpunished.

Salah then directed a weak header straight at Martinez, Mane fired a great opportunity wide and Trent Alexander-Arnold's deflected effort was saved as Liverpool saw their chance of becoming centurions pass them by.

Playa to playa respect between Arteta and Klopp! Minutes from kick-off!

Warm up time in north London!

Now for Arsenal! No Ozil in the match-day squad. Four changes from the side that lost against Tottenham. Cedric, Holding, Saka, Torreira, Nelson all come in.

📋 Five changes from the weekend...

TEAM NEWS! Liverpool first up! Thats a full-strength side! The front three of Salah, Mane and Firmino all start. Alex Oxlade-Chamberlin starts against his old side.

Liverpool have arrived at the Emirates!

So this tweet from Mesut Ozil was interesting... will the playmaker be in the squad today? The former German international has yet to play a minute for the Gunners since the lockdown...

So here we go! Liverpool have revealed how they will lift the Premier League title... Carrie Brown has more!

Good evening, welcome to the Live Stream for Arsenal Vs Liverpool. The Gunners take on the champions, looking to recover from the disappointment of defeat in the north London derby. As for Liverpool, they are looking to chase down records points tallies, having already confirmed themselves as Premier League champions. As ever, join me for the build-up, team news and goals as they go in from the game. 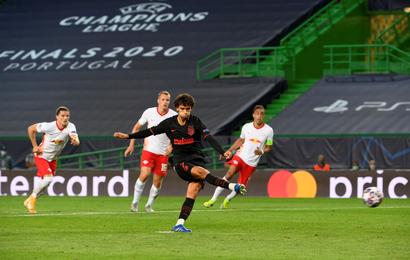