In the foreword of a new book, Shaw, who has been linked with a move to Spurs, expressed his desire to play under former Southampton boss Pochettino again in the future, hailing his managerial methods.

Ahead of United's huge Premier League clash at home to Spurs on Saturday, the defender is yet to start a single game for Mourinho this season, having recovered from a foot injury in September.

Shaw's work-rate was criticised by Mourinho last term, but while the manager is unable to find a place in his team for the 22-year-old at present, he is open to him remaining at Old Trafford and has no issue with his praise of Pochettino.

Asked whether Shaw still had a future at United, Mourinho said at his pre-match media conference: "Why not? Because of his words? If you want to speak about his words, I would be very disappointed if his words were different.

"Football is full of examples of lack of character and Luke Shaw was just honest.

"So for me they are perfect words that show Luke Shaw's character in relation to the people that he was happy with."

"If he was a midfield player, a central midfielder player, then yes, because we only have two. But at left back we have so many options, so the situation is not easy.

"He is in the squad, he works and maybe the opportunity comes." 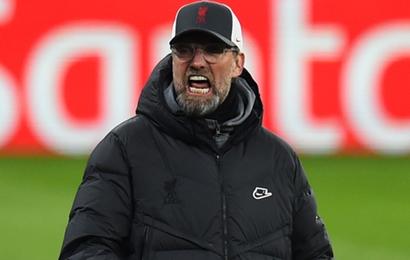