Mikel Arteta said it was a "really difficult decision" to leave Mesut Ozil out of Arsenal's Europa League squad, as he welcomed the "buzz" created by the signing of Thomas Partey.

Ozil has been outcast under Gunners boss Arteta this season and the Germany World Cup winner's long-term future was cast into further doubt when he failed to make their European party.

It remains to be seen if Ozil, who turned 32 on Thursday, will be included in Arsenal's 25-man squad list for the Premier League, which clubs have until October 20 to submit.

Asked about the decision to leave the midfielder out of the Europa League selection, Arteta said: "Well he wasn't the only one not in the squad.

"It was a really difficult decision for me to make because to leave players out of the squad at that level when they know they cannot get involved is really tough.

"I don't like it at all but the decision has to be made because we exceeded the amount of foreign players [we can include] and unfortunately we had to make that decision."

Ozil has been in steady decline since providing 19 assists and creating 28 big chances in 35 Premier League outings during the 2015-16 season, dipping to nine, eight, two and two in terms of assists in the following four campaigns.

Arsene Wenger was the man to bring Ozil to the Emirates Stadium from Real Madrid and this week described Ozil's situation as a "waste", while he told talkSPORT on Thursday: "Mesut Ozil is a great player and a creative player.

"But you have to balance the team because on the defensive side of it, it is not his strength. Mikel Arteta has gone for a team with counter-pressing and who play high up, and everybody has to work hard so that is a bit of handicap for him.

"But he is not a bad character – he is a good guy. It just depends what kind of football you want to play."

Asked about Wenger's comments, Arteta replied: "I think you have to try and find a way to fit every player with their qualities - this is our job and our responsibility with the players you have to manage."

While Ozil is on the outside looking in, Partey arrived from Atletico Madrid on transfer deadline day after the Gunners paid his reported £45million release clause.

The Ghana international adds quality to Arsenal's midfield and Arteta is excited by his addition, even if there were a few nervy moments waiting for the deal to be completed.

"There is a buzz around the place, the fans are really happy. I've seen some positive reactions after we brought him," he said.

"It's the same with the team, same with the staff, he's a player we have rated for a long time and we have managed to bring him I think he's going to be a really important addition to the team.

"Up to the last minutes it's always a risk - a lot of things happened at the same time. There's a lot of paperwork to do, so it was a challenge to do it in 24 hours. In the end we managed to do it."

Arteta, who said he hopes Atletico can "respect" Arsenal opting to pay Partey's release clause, accepts there may be a period of adaption required.

"I think it's something individual, depending on many factors - how they settle here in the city with their families, whether they speak the language or not, whether their qualities fit the team or Premier League.

"You see some adapting very quickly, others need more time," he added.

This weekend sees Arteta once again come up against Manchester City, where he spent four years as assistant to Pep Guardiola.

Talks over a new deal for Guardiola, whose contract expires at the end of the season, have reportedly not yet begun.

Asked if that was a surprise, Arteta replied at his pre-match news conference: "I don't know - it's up to him. The last time I heard an interview he was really happy there, talking about the future, the signings they have done recently. I want to see him happy."

Next Man Utd new boy Pellistri on praise from Cavani: I
Read 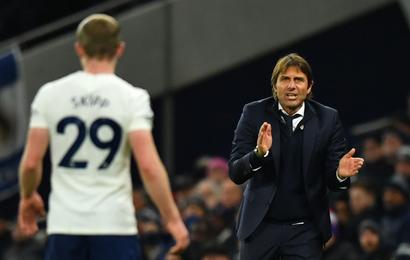