Jose Mourinho has criticised the hectic festive fixture list in the Premier League, describing it as a "crime" that clubs will be playing again on December 28.

Spurs were involved in the early kick-off on Boxing Day, rallying from a half-time deficit at home to record a hard-fought 2-1 triumph over Brighton and Hove Albion.

However, the victory came at a cost, with Harry Winks and Moussa Sissoko both picking up yellow cards that mean the duo will be suspended for Saturday's game at Norwich City.

Son Heung-min is also banned following his red card against Chelsea, leaving Mourinho with a lack of options - as well as little preparation time - for the trip to Carrow Road.

However, before his focus switched to the next game, the Portuguese took aim at the schedule.

"I cannot imagine these boys, not just my boys, but the [Graham] Potter boys, how they can play in 48 hours," Mourinho told the media.

"It is against every rule of physiology, biology, biochemistry, every rule. But that is the way it is, even with three guys suspended.

"I think from the three, two of them are unfair, Sonny unfair, Winks unfair, I can only say Sissoko had a reason for the fifth yellow card. We have to go."

Tanguy Ndombele may provide a solution to the absences in midfield after the Frenchman was not involved against Brighton.

Mourinho clarified that while the record signing from Lyon was not injured, the player had raised concerns over his physical condition prior to the game.

"I can say that yesterday he told me he was not feeling in condition to play the game. Not based on injuries, based on fears of previous injuries that he has had since the beginning of the season. 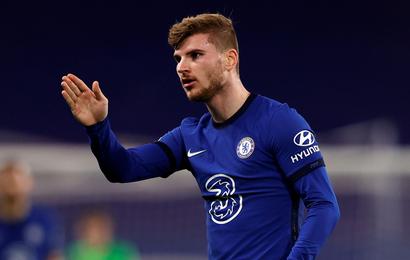