It’s been a strange decade in the career of David Moyes.

The man was on top of the mountain at the first few years of the 2010s, celebrating 10 years at Everton, becoming only the fourth manager in Premier League history to record 150 wins, and receiving the plaudits of his counterparts, most notably Alex Ferguson, Arsene Wenger and Kenny Dalglish.

He joined Everton, a club on the cusp of relegation when originally appointed, into a side that more-often-than-not upset the applecart of the traditional big boys in England’s top-flight.

The opportunity to then succeed the departing Ferguson at Manchester United was an offer too good to refuse.

Speaking on Keys & Gray, Moyes said: “I think I’ll always look back and regret leaving Everton because of the team and the players I had at the time, but I’ll never be regretful for joining Manchester United.”

Moyes’ appointment received the seal of approval from the man he was succeeding at the Theatre of Dreams. Yet the dream move to Old Trafford quickly unravelled, and became a nightmare.

He inherited a team that had won the Premier League title by 11 points. But United had spent much of the season lurching from crisis to crisis. Moyes’ summer transfer was an unmitigated disaster.

Not his own doing but coupled with David Gill’s departure and Ed Woodward’s arrival as chief executive, the club was always behind the eight-ball. It meant United failed to get off to a fast start and only secured Marouane Fellaini from Everton in the final hours of deadline day.

Just two months into the season, and United had also already registered humiliating defeats to both Liverpool and Manchester City in the league. It also once again highlighted Moyes’ record against the big teams. In his 11 years at Everton, he never won a game at Liverpool, United, Arsenal or Chelsea. 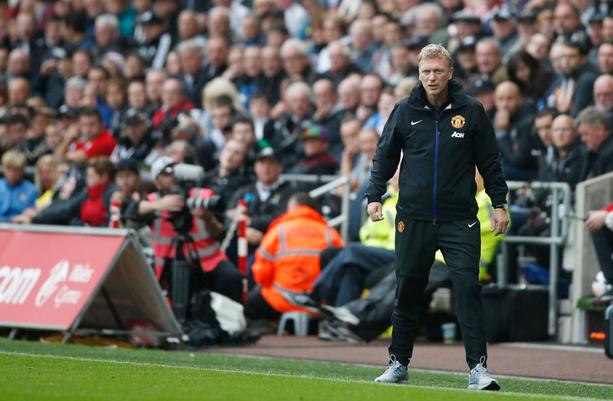 The misery grew and compounded the poisoned chalice Moyes had inherited. A home defeat to West Brom was the Baggies’ first victory at Old Trafford since the late 70s, and then when Moyes’ old team Everton showed up in December, his replacement Roberto Martinez achieved victory at his first attempt, something Moyes was unable to do in more than a decade.

Even the January signing of Juan Mata did little to soften the blows Moyes and United were taking on a regular basis, the club was 7th in the league table, and after just 10 months, the plug was pulled. Despite calls from United legends to give Moyes more time, he was gone: the third-shortest stint in the club’s history and the shortest in 82 years.

A six-month absence and Moyes headed for pastures new. To Spain. To Real Sociedad. The team lying 15th in the La Liga table, and at the turn of the year things were looking up for him in the Basque country when he led his side to a 1-0 win over Barcelona.

The result earned him high praise in the Spanish press with his style of management being compared again to his time at Everton. Life in Spain was always set to be a hard task. Moyes was widely mocked for his public attempts at learning the language.

As quickly as it started, the Iberian journey has ended. Moyes was sacked one day before his year anniversary at the Anoeta.

A chance to return to England came along – at Sunderland – a club in complete disarray. Moyes’ first job in England in over two years. But Moyes did little to instil faith in the club’s ability to stay in the top division. Just a month into the job, when he was asked about supporters fearing another relegation battle, he said: "Well, they would probably be right. That's where they've been every other year for the last four years, so why would it suddenly change?"

Sunderland were relegated to the Championship for the first time in ten years on 29 April 2017, marking the first relegation of Moyes' career. Despite initially stating his intention to stay, Moyes resigned less than a month later.

Fast forward to half a year and the journey at West Ham began. Moyes was appointed in November, with the team in the relegation zone. His first victory came against Chelsea in early December – Marko Arnautovic’s goal the difference and soon after he registered his 200th win in the Premier League, becoming only the fourth manager in history to reach it after Ferguson, Wenger and Harry Redknapp.

Moyes’ job of keeping West Ham in the Premier League was sealed after a 2-0 win against Leicester in May 2018, and despite wanting to stay on, his six-month contract expired, and he was not offered a new one. nearly two years down the line and Moyes is back again at West Ham.

There was no dressing up the fact that in the 18 months since he was deemed not good enough to take the club to the next level, the Hammers had gone nowhere.
“Unfortunately, the results hadn't gone well for the previous manager [Manuel Pellegrini] and that gave me the opportunity to get back in. I settled very quickly, we won my first game back [against Bournemouth] which made things a lot easier, and also knowing so many of the players gave me a good chance as well,” Moyes said to Richard Keys and Andy Gray.

The task now is slightly different than before. West Ham still linger precariously near the drop zone, but it seems there is more of a long-term feel to the second coming of the newly dubbed ‘Moyes-iah’. The Scot faces a renewed fight to win over an underwhelmed fan base, who have grown tired of co-owners David Sullivan and David Gold failing to deliver on their grand promises.

It really has been a topsy-turvy decade for the man of the moment in Manchester just seven years ago. But Moyes admits he feels better than ever, and his experiences North, West, South and East stand him in good stead to start building the foundation he had built at Goodison Park for over a decade.

“I believe when you’ve got over 900 games under your belt, the majority of them in the Premier League, it gives you the experience of working at that level. You’re in a better position to manage, and I do think the day-to-day dealing with players is more important. I think your coaching changes; your coaching has to change with modern footballers.”

No way back for Ronaldo at Man Utd, says Neville