United boss Solskjaer takes his side to Anfield on Sunday with a surprise three-point lead at the top of the Premier League.

The last time they sat top at this stage of the season was in Alex Ferguson's final year at the club.

Amid his opponents' impressive 11-match unbeaten run in the top flight, Liverpool manager Klopp was surprised to see Solskjaer suggest a United win would represent a "shock" and an "upset".

"I have been five years in England and United was never an underdog," said Klopp. "They cannot be. It is just like it is.

"They are always a good team, always great players, always really good managers and coaches. It was always there and now they are top of the table. That is how it is.

"They cannot be underdogs."

Champions Liverpool have failed to win their past three league matches since thrashing Crystal Palace 7-0 a month ago.

But Klopp is confident they are over their slump as the chance to return to the summit presents itself, while he also replied to another Solskjaer remark that caught his attention.

He continued: "I'm really looking forward to this game, to be honest. I know Ole said that this is the best moment to play against Liverpool - yeah? Let's see!

"We are now in a place where we want to be. We know what we have to do and what went wrong. We want to change. Now, we have to put that in place on the pitch. That is the situation.

"These boys did not go for an excuse in one second that I was here. Not for one second. But that does not mean things cannot go wrong.

"Obviously we did not do outstandingly well since mid-November. But who cares? We still have 33 points.

"We have learned a lot from this season. The circumstances, dealing with the situation. It is not because of the boys' attitude. It's just because it didn't work out.

"Still, we have scored the most goals in the league, which is absolutely crazy.

"We just had to step a little bit back, work on the basics and get strong – as strong as we can be again. That's what we did. That is what we will do. I think that can work."

Returning his focus to United, Klopp added: "Usually they change system against us.

"They played 10 times with four at the back and against RB Leipzig they played with five at the back, so maybe they will change that.

"Those are things we have to think about - not who is the outsider. It is Liverpool versus United and that in itself is a massive game.

"Wherever I would be in the world I would watch it definitely. This is the game!" 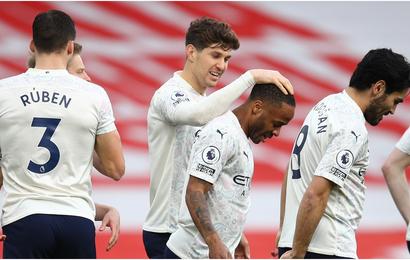 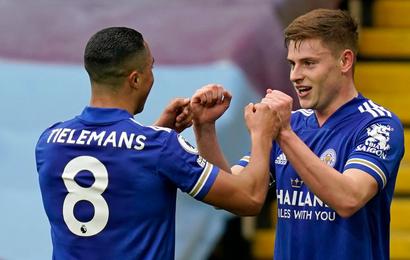