Pep Guardiola is hopeful midfielder Fernandinho stays at Manchester City beyond the end of the season when his contract expires.

The 34-year-old joined City in 2013 from Shakhtar Donetsk and has gone on to become a vital – if often unheralded – cog in the team.

He featured 29 times last season as City edged out Liverpool in the title race, while he looks set for an important role at centre-back over the coming weeks following injuries to Aymeric Laporte and John Stones.

Spain international midfielder Rodri was brought in from Atletico Madrid in the transfer window, with every indication suggesting him to be the long-term replacement for Fernandinho.

But Guardiola has no desire to see him leave, even if he is unsure about what is happening in terms of discussions.

"It's not my business, I'm sorry guys, it's Txiki's [Begiristain, City sporting director] business," Guardiola told reporters when asked if there had been progress in talks. "Do you have Txiki's phone number?

"Of course, he is a joyful player," Guardiola added when asked if he wanted the Brazilian to stay.

"What he has done for all of us, especially me as a manager, our time together has paid off, it's incredible. He's incredible, so no doubts."

Left-back Benjamin Mendy is closing in on a return to fitness after he missed the majority of last season with a serious knee injury.

And Guardiola is excited for the France international's comeback, convinced he will add another dimension to City's play.

"In the future he is going to play a little bit more regularly and try to understand what we want to do, because he has missed two seasons without training and the guy, to understand things, he has to practice," he said.

"With him we can attack more constantly, he brings a special quality that only he has in our team, so with [Oleksandr] Zinchenko we cannot attack the wides and deep, but his qualities are completely different.

"With Mendy we can do that. Hopefully he can be fit, healthy and play."

Next Guardiola won't be concerned if City win no titles
Read 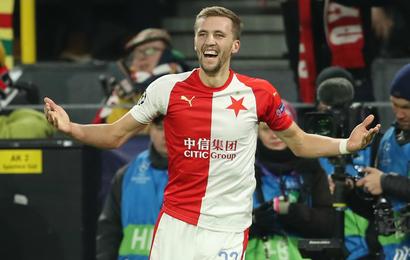