Manchester City manager Pep Guardiola believes Kevin De Bruyne may have suffered a muscular injury in the 2-0 win over Aston Villa, though he is waiting on further updates.

De Bruyne hobbled off in the second half as City beat Villa on Wednesday to move top of the Premier League table.

City star De Bruyne was replaced approaching the hour mark before Bernardo Silva and Ilkay Gundogan scored during the final 11 minutes at home to Villa, the former in controversial circumstances.

Kyle Walker also succumbed to injury after just 28 minutes, and Guardiola was asked about the pair.

"First, I didn't speak to the doctor," he said.

"Kyle asked to be out because something happened – hopefully it was just a kick.

"Kevin put his hand on his leg. Maybe it will be something muscular. But what do you expect? It's normal, sometimes these things happen with these kind of games."

City are now unbeaten in 16 games across all competitions after defeating a Villa side whose previous top-flight outing was a 2-1 loss to Manchester United 19 days earlier, having suffered a coronavirus outbreak.

Silva broke the deadlock in the 79th minute amid strong claims for offside against Rodri as Villa boss Dean Smith was sent off for his protests, while Gundogan's late penalty sealed the win.

"I didn't watch the image on TV, I know they complained on the touchline," Guardiola said when discussing Silva's contentious goal.

"And VAR is there. So there are many challenges, with long balls when the player is offside, and you go backwards, the central defenders, you clear the ball, central defender for themselves, the counter attack.

"But VAR was there. If it was offside, the goal would have been disallowed, but honestly I didn't watch it, and I understand they complained about this action. In general, the game we played was outstanding."

City have kept 10 clean sheets in their 18 Premier League games this season – only in 1976-77 (17 games) have they reached that figure in fewer fixtures in their league history.

After a difficult start to the season, his side are firmly back in the mix, and Guardiola added: "There are many, many teams, but if you ask me for my opinion, still have one game left to finish the first round, so the rise in the table is good because we are there.

"When we lost against Tottenham, we were 12th in the table, but then we lost just two games and the most important thing, is the fact that we are back since Newcastle game, playing the game we have to play to be contenders. Everyone wants to win, wants to be champions but you have to show why you are champions.

"Today, I had the feeling that we controlled many aspects, we had the right tempo of the game, we concede few, create a lot. We have to be more clinical in the final third, especially in the eight yard box and penalty spot but we'll improve." 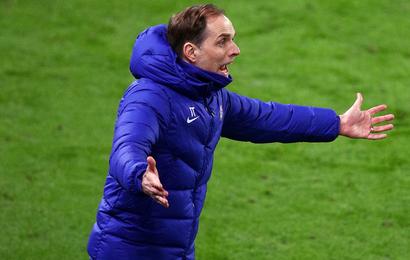 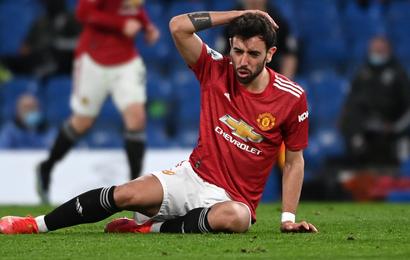 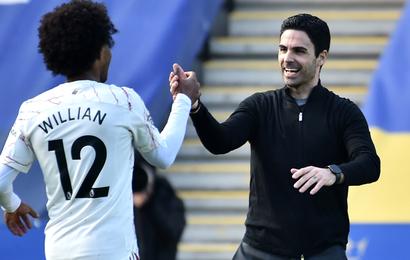