Brighton could have moved eight points clear of Cardiff, who occupy the final relegation spot in the table, with a win on Tuesday, yet it was the Bluebirds who triumphed thanks to goals from Nathaniel Mendez-Laing and Sean Morrison.

The Seagulls may well point to what appeared to be a clear penalty not given their way, but Chris Hughton's side were punished for missing a glut of early chances when Mendez-Laing struck midway through the first half.

And their hopes of a comeback were dashed five minutes after the restart, visiting captain Morrison heading home to move Cardiff to within two points of their rivals, albeit Brighton do have a game in hand.

Attacking intent was in no short supply from the off - Solly March twice drilling wide either side of a wayward Glenn Murray effort, while Joe Bennett went close with a looping cross-shot at the other end.

Brighton had a strong claim for a spot-kick when Lewis Dunk was hauled down by Bruno Ecuele Manga, but the hosts' appeals were ignored by referee Andre Marriner.

Cardiff made their good fortune count in the 22nd minute, Mendez-Laing charging forward from deep before curling an exquisite finish beyond Mat Ryan.

Their lead was doubled early in the second half, Morrison taking advantage of dreadful marking to head in Victor Camarasa's free-kick unchallenged.

Murray lifted a difficult chance just over as Brighton pressed to get back into the contest, but it was not until the 93rd minute that the striker would get another opening, heading against the woodwork, as Cardiff held firm to claim what could prove to be three vital points.

What does it mean? Struggling Seagulls in freefall

Brighton have now lost their last four league games, by an aggregate score of 11-0 too, with main man Murray having failed to score in his last 10 top-flight appearances at home. While having an extra game to play may prove helpful, their run-in includes fixtures with Tottenham, Arsenal and Manchester City.

Cardiff, meanwhile, have given themselves a fantastic chance of survival after claiming just their second win in eight league outings.

Brighton had been firmly on top prior to Cardiff's opener, which was all down to Mendez-Laing. The winger picked up the ball in his own half and, after combining with Junior Hoilett, produced a sensational finish to put the Welsh club in front.

Cardiff have been on the receiving end of some controversial decisions in recent weeks, much to Neil Warnock's chagrin, but lady luck shone on them when Ecuele Manga escaped unpunished for what seemed a clear foul on Dunk early on.

Brighton face a trip to Wolves on Saturday, while Cardiff play host to title-chasing Liverpool a day later. 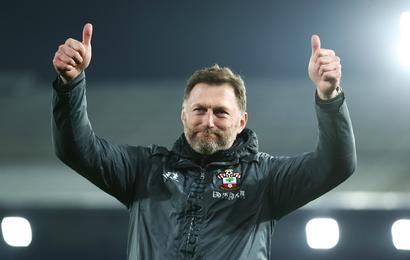