The Daily Mail reported that Farah, who won the 5000 and 10000 metres at the 2012 Olympic Games in London, missed two tests in the build-up to his much-hailed triumphs on home soil.

It is claimed that the first instance was in early 2010 - before Farah linked up with coach Alberto Salazar - while the second is said to have taken place in 2011, when the athlete is thought to have claimed he could not hear his doorbell when testers called at his home.

At the time, the UK Anti-Doping Agency's rules determined that athletes who missed three tests over 18 months could be hit with a four-year ban.

The claims - which the newspaper says are supported by legal documents - come in the aftermath of a BBC documentary that made doping allegations against Salazar and Farah's training partner Galen Rupp, both of whom deny any wrongdoing.

Farah was not in any way implicated in the programme, but withdrew from the Birmingham Grand Prix later that week, saying that he was "emotionally and physically drained".

UKA initially said that it had "absolutely no concerns" over Salazar's coaching methods with Farah or with regards to his position as an endurance consultant.

However, UKA chairman Ed Warner confirmed an investigation would be undertaken, telling BBC Radio 4: "What we can look at is all the data surrounding our own athlete, Mo Farah: blood data, supplements data – everything surrounding his medical treatment."

When contacted by Perform, a UKA spokesperson confirmed the organisation would not be commenting on the latest development.

Next Farah: I have never taken performance enhancing dr
Read 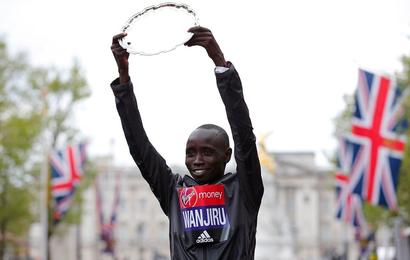