Saracens finished with a flourish to preserve their 100 per cent record in the opening weeks of the Premiership season with a 27-17 win over Northampton Saints on Saturday.

A tight opening 40 minutes saw Alex Lozowski and Stephen Myler trade three penalties each, and a fourth kick from the Northampton fly-half put defeat on the horizon for Sarries.

The reigning champions had other ideas, though, as Jamie George scored the game's first try to put them ahead, before a penalty try secured victory.

Bath moved top of the table, though, thanks to their 37-22 triumph over Worcester Warriors, a thrilling second half from Todd Blackadder's side sealing the points.

The hosts had trailed 17-6 at the break but tries from Anthony Watson, Matt Banahan, Semesa Rokoduguni and Leroy Houston turned the match around, George Ford adding 17 points from the tee.

Houston, featuring in his first match since returning from Queensland Reds on a short-term deal, touched down 11 minutes from time to earn a bonus point for Bath.

Saturday's final game saw a thriller at Sandy Park as Exeter Chiefs and Harlequins combine for eight tries, the hosts running out 36-25 winners.

Luke Cowan-Dickie scored a hat-trick as the Chiefs out muscled a spirited Quins side, Lachlan Turner getting two of his own to complete a comprehensive win.

Turner's second was an early contender for try of the season, the full-back finishing off a sweeping move from the Chiefs, collecting a superb reverse pass from Olly Woodburn to cross in the corner.

Cowan-Dickie completed his treble five minutes after the break, and although Quins piled on pressure with tries from Danny Care and Charlie Walker the Chiefs, who had Tomas Francis sent off in the 71st minute for kicking out in the ruck, were able to hold on.

Next Landajo back for All Blacks clash
Read 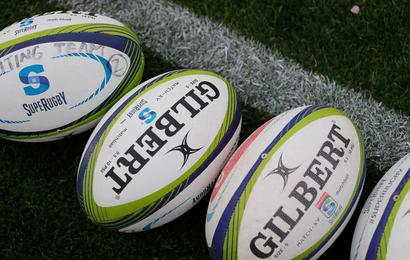